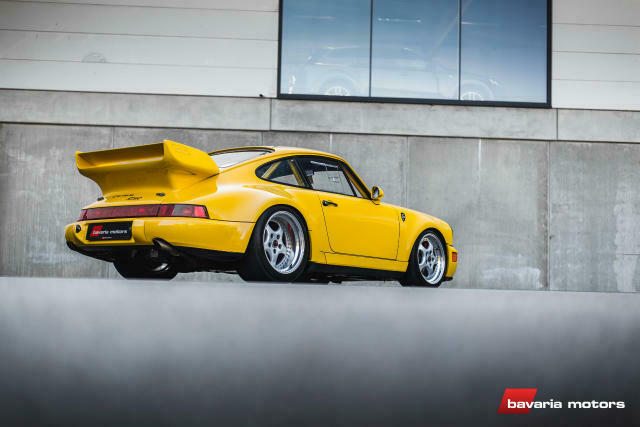 Here’s what we know. We found the car for sale on the European car listing site Mobile.de. One of the things we love about that site is the very nature of it. On one hand, it’s like Cars.com or AutoTrader here in the USA… so basically your go-to in order to find Porsche models for sale. In between Cayenne’s and Caymans though, you also find rare and proper racecars listed from time to time. Case in point is this 964 RSR.

Painted Speed Yellow, this 1993 964 has covered just 4,0000 km. That’s about 2400 miles for those keeping count. And, while it’s not like you’d be driving it on the road, it’s worth mentioning that anything older than 25 years old is MUCH easier to import into the United States. That’s worth noting for our American readers.

The listing also includes the following details from the Belgian dealer Bavaria Motors who has it for sale .

For more pictures and information, please visit our website www.bavariamotors.be