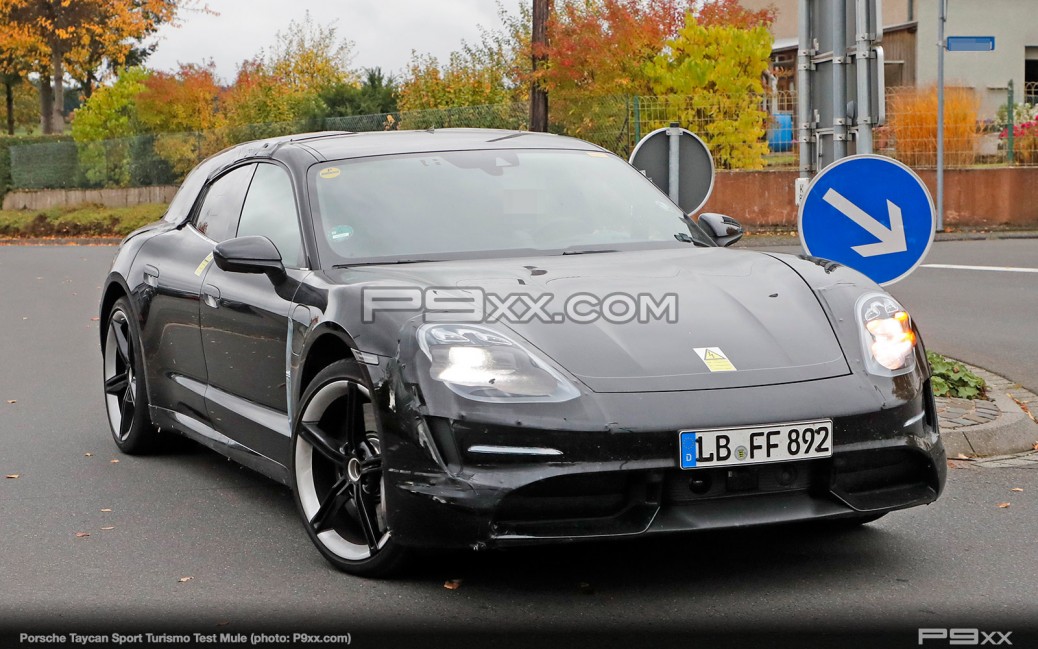 You’re not fooling anyone with those exhaust tips Porsche engineers. Our spy photographers caught this test mule of Porsche’s all-electric Taycan Sport Turismo wagon body style out and about.

With the Taycan sedan now already released, and a cross-Sport Turismo version already shown in concept car form, the idea of a Sport Turismo version of the Zuffenhausen’s electric car is a foregone conclusion. Even still, seeing it out and about in test mule form doesn’t disappoint.

The idea is pretty simple here. It may be called “Sport Turismo”, but that’s basically Porsche-speak for station wagon as we’ve seen with Panamera. And, while wood-panel station wagons of yore weren’t exactly the sexiest things ever offered, more modern additions to the car market like he Panamera Sport Turismo also help put the body style in perspective – a low center of gravity re-think to the uber popular SUV/crossover body style.