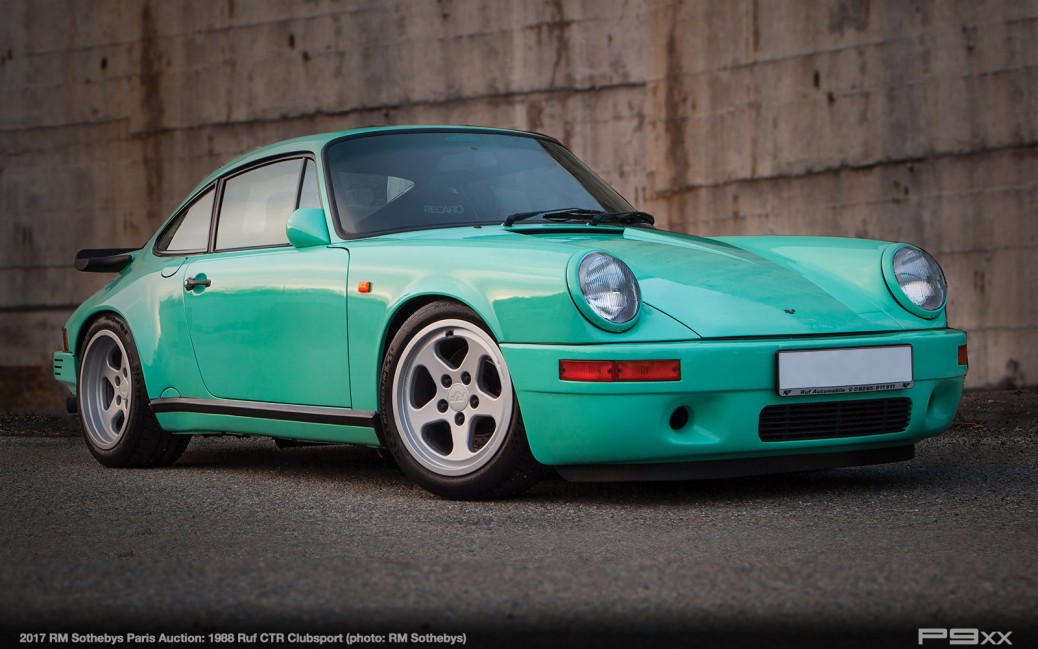 With the holiday season upon us, this means the next season of events and auto auctions is just around the corner. First up on RM Sotheby’s European Calendar is their annual Paris Sale held during Rétromobile annually. Obviously, there’ll be Porsches included in the sale, and the most interesting to our eye of cars already confirmed for the lineup is this 1988 Ruf CTR Clubsport in rare Mint Green.

Photos confirm the car is painted Mint Green, a tone we usually expect to see on later 964s and quite possibly the first we’ve ever seen on a G-body Ruf. Looking at the chassis tags though, this car appears to wear its original paint.

We’ll post more as we have it. For now, check out more photos by Morten Gjersøe courtesy of RM Sotheby’s in this post above. Check out the specific page for the car on RM’s own website HERE, and check out all lots planned for the auction HERE.