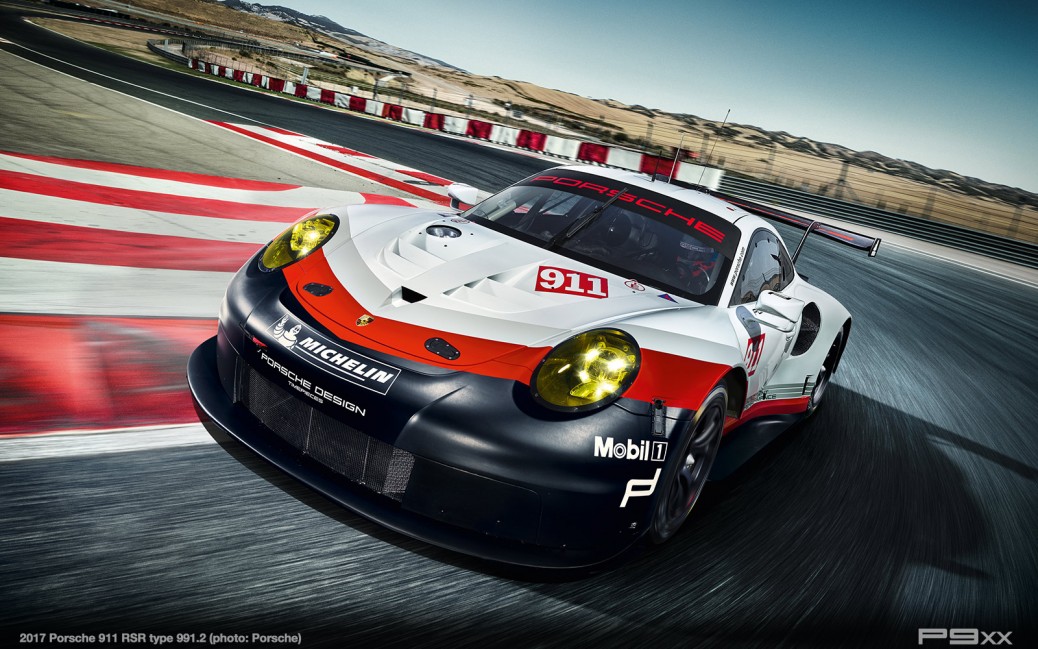 Stuttgart. The Sports Car World Endurance Championship WEC goes down to the wire at the six-hour race on the Bahrain International Circuit on 18 November. After a strong maiden season with the 911 RSR, the Porsche GT Team could be crowned world champions in two categories – in the team classification and in the drivers’ classification with Richard Lietz and Frédéric Makowiecki. On the Formula 1 circuit in the Bahrain desert, two 911 RSR will tackle the fiercely competitive GTE-Pro class.

The situation heading to the final race
Richard Lietz and Frédéric Makowiecki stand the best chances of winning the title. In the lead-up to the final race, they sit just two points shy of the leading Ferrari pilots Alessandro Pier Guidi and James Calado in the drivers’ classification, and 5.5 points ahead of Harry Tincknell/Andy Priaulx (Ford). All three driver pairings could take the world championship crown in Bahrain. This underlines just how competitive the GTE-Pro class is. Richard Lietz and Frédéric Makowiecki will become world champions if…
…they win the race.
…they finish on second or third ahead of Guidi/Calado and Tincknell/Priaulx, provided that Pier Guidi/Calado don’t earn the extra point for pole position.
…they earn the extra point for pole position and finish the race ahead of Pier Guidi/Calado and Tincknell/Priaulx – regardless of the position.

The Porsche customer team Dempsey Proton Racing, which fights for the FIA World Endurance Trophy in the GTE-Am class with a 2015-spec 911 RSR, can also take home titles in Bahrain. In both the drivers’ and team classifications, they currently rank second after wins at the Nürburgring and in Mexico.

The road to the title duel in the desert
Consistently strong performances have put Richard Lietz and Frédéric Makowiecki on course for the title at the season finale in Bahrain. At the wheel of the new 911 RSR, they made a successful start to the new season with third place at Silverstone. At Spa-Francorchamps (5th) and Le Mans (4th), they narrowly missed out on podium spots. However, clinching second at Porsche’s home race on the Nürburgring, they came within striking distance of victory. The pair continued their good form in Mexico City with third place. At the sweltering race in Austin, two drive-through penalties hampered their charge and they had to settle for sixth place. However, Lietz and Makowiecki made a strong comeback in the rain chaos of Fuji to score pole position and second place under difficult conditions. With another second place in Shanghai, they closed the gap to the frontrunners to just two points and thus secured an excellent starting position for the final round in the title fight.

Strong performance of the new 911 RSR
The new 911 RSR, built from scratch by Porsche Motorsport at Weissach on the basis of the high-performance 911 GT3 RS sports car for the 2017 season, has impressed with strong performances in its first race season. The race car secured its first victory (22 July at Lime Rock) and first title (North American Endurance Cup, drivers’ and team classifications) in the North American IMSA SportsCar Championship. In the WEC, too, the 911 RSR has enjoyed a successful maiden season, notching up eight podium results and two pole positions. Added to this are three fastest race laps (Kévin Estre in Spa and at the Nürburgring, Richard Lietz in Fuji) as well as the fastest qualifying lap in Shanghai thanks to Michael Christensen. At this year’s races, a 911 RSR has led the GTE-Pro field over a total of 229 laps.

Close qualifying sessions and gripping races
The GTE-Pro class, in which Porsche fights against factory teams from Aston Martin, Ferrari and Ford, is the most strongly represented and fiercely contested category in the Sports Car World Endurance Championship WEC. Four different winners have emerged from the eight races contested so far this season. And in the qualifying, too, the competition is tight. In Mexico City, for example, all eight competitors qualified within a mere second. At the Nürburgring, in Austin and Fuji, six vehicles were separated by less than a second. Packed with overtaking manoeuvres and tough fights for positions, most of the races are decided shortly before the finish. At Fuji, Richard Lietz/Frédéric Makowiecki were only 0.968 seconds away from victory; in Shanghai they missed out by just 11.082 seconds. After six hours of racing at Austin, Michael Christensen/Kévin Estre were just 25.663 seconds off the winners.

A decisive factor for balanced and fair races is the Balance of Performance (BoP) ruling that aims to achieve a level playing field for the different vehicle concepts. During the races, the performance data of the vehicles is recorded by means of telemetry – not only using lap times, but also acceleration profiles and engine mappings. This data input is automatically analysed and incorporated into the Balance of Performance. In keeping with FIA’s intention, the key to success on the racetrack is not about the individual potential of a vehicle, instead it’s about the performance of the drivers, the race strategy, a perfect setup or the skill of the team with their pit stops.

Fast pit stops and a perfect race strategy
Another key to the Porsche pilots’ success this season were the fast pit stops. With clockwork-like precision, the Porsche GT Team gave its drivers a decisive advantage. The team’s race strategies, as well, often turned the odds for top results in its favour against the strong opposition. And the drivers appreciated this support. Richard Lietz: “Our squad has played a major role in getting us this far, and has put us a position to fight for the world championship with our new 911 RSR in its first year.”

Into the night
A distinctive feature about the six-hour race on the Bahrain International Circuit is that it starts in the heat of the afternoon and ends in the darkness and cooler temperatures of the late evening. The 5.407-kilometre racetrack with its 14 corners is located 30 minutes by car to the southwest of the capital Manama. In 2004, the track was purpose-built in the middle of the desert for Formula 1.

Four Porsche works drivers compete
Four Porsche factory pilots and a Porsche Young Professional compete in Bahrain. In the GTE-Pro class, Richard Lietz (Austria) and Frédéric Makowiecki (France) share the cockpit of the #91 Porsche 911 RSR. Their team colleagues Michael Christensen (Denmark) and Kévin Estre (France) drive the 911 RSR with the starting number 92. The Porsche Young Professional Matteo Cairoli contests the GTE-Am class in the #77 car fielded by Dempsey Proton Racing. So far this season, the Porsche customer team has netted victories at the Nürburgring and in Mexico.

The Porsche 911 RSR
The 911 RSR, developed on the basis of the high-performance 911 GT3 RS sports car, contested its first season in 2017. The suspension, body structure, aerodynamic concept, engine and transmission were all designed from scratch by Porsche Motorsport in Weissach for this season. Depending on the size of the restrictor, the motor, which is positioned in front of the rear axle, puts out around 375 kW (510 hp). Thanks to the large rear diffuser combined with a top-mounted rear wing, the level of downforce and the aerodynamic efficiency were significantly improved.

Dr. Frank-Steffen Walliser, Vice President Motorsport and GT Cars: “Our very clear focus for the final round is to provide Richard Lietz and Frédéric Makowiecki with all the support they need to win the race and secure the world championship title, which is awarded this year for the very first time in the GTE-Pro class. The first WEC win for the 911 RSR would also increase the chances for the Porsche GT Team to win the team classification. And, of course, we’re keeping our fingers crossed for our Dempsey Proton Racing customer team, who still has a chance to conclude a successful season by winning the FIA World Endurance Trophy.”

Marco Ujhasi, Director GT Factory Motorsports: “Racing in the heat of Bahrain is the ultimate test for the brakes. And the season finale in the desert also puts the tyres under incredible stress.”

Richard Lietz (911 RSR #91): “We have a great opportunity in Bahrain to win the world championship in our new 911 RSR’s first season. That’s our goal and we’ll fight for it to the finish.”

Frédéric Makowiecki (911 RSR #91): “We missed out on winning the race in Shanghai by just eleven seconds. This makes us even more motivated for Bahrain. We want to clinch the world championship for Porsche.”

Michael Christensen (911 RSR #92): “We tackled the 2017 season with the new 911 RSR, we’ve learned a lot from every race and now we’ve reached a good level. I’m hoping to finish the season with a strong performance in Bahrain.”