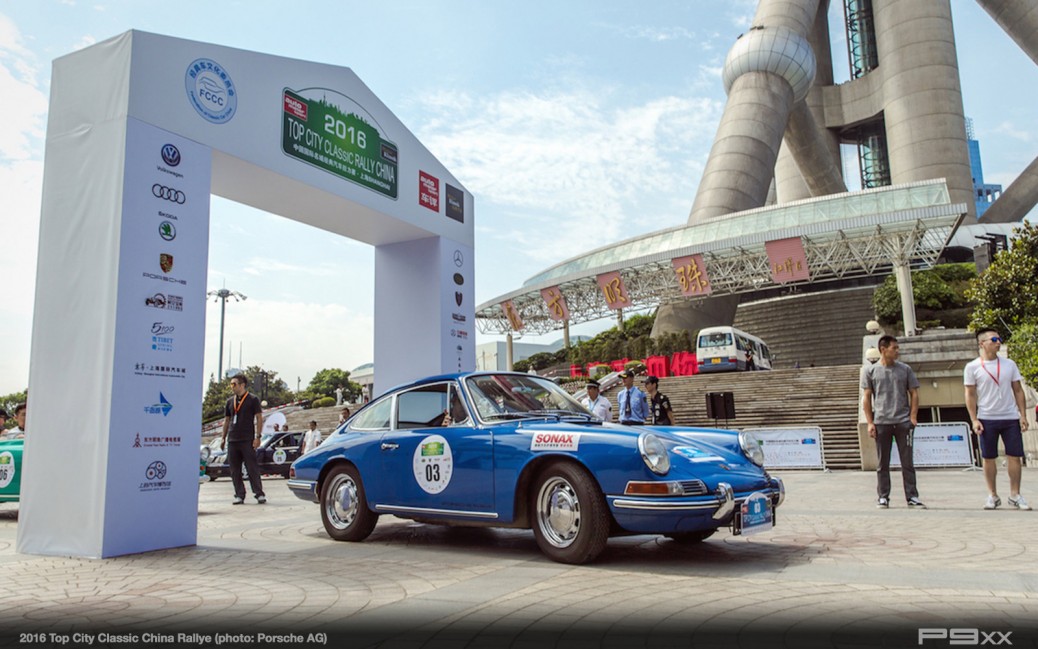 Stuttgart. Victory for Porsche in historic motorsport: the third classic Rallye initiated by Auto Motor Sport and Motor Klassik China ended successfully last weekend for the Stuttgart based sports car manufacturer. The Porsche Museum participated the third time in a row with two classic cars of its museum car collection: a 911 2.0 from 1964 as well as a 911 Carrera (993) from 1998. The classic rallye covers more than 1.000 kilometres of route and concentrates during two weekends on the cities of Beijing and Shanghai.

During the first leg of more than 500 kilometres the Porsche drivers team was represented by Lutz Meschke, Member of the Executive Board – Finance and IT of Porsche AG and Achim Stejskal, Director of the Porsche Museum. The two-days leg started at Beijing’s Yanqing District and then led into Beijing’s meandering mountain area. The first stop was Zhangjiakou city, where the 35 participants received an enthusiastic welcome by the Chinese people. Due to the import regulations for classic cars, oldtimers are rarely seen on Chinese roads. Final destination of the Beijing stage was Shangyi, near the Mongolian border. “It was a fantastic journey in a very green and beautiful countryside scenery. I really hope that China’s large number of oldtimer enthusiasts will be able to share with us the driving pleasure of a classic Porsche in the near future”, said Meschke.

After more than 600 kilometres, the Shanghai leg was finished successfully last Sunday. This stage started in the city centre of Shanghai and then passed Qiandaohu, one of China’s largest woodlands with its 573 square kilometer large Qiandaohu Lake. Franz Jung, President and Chief Executive Officer of Porsche China: „Within the last three years the Porsche Museum was sharing with us cars of their classic collection for several events in the Chinese market. The interest of the media and the customers in the beautiful classic cars is extremely high”, said Jung who drove himself a historic 911 during the Shanghai leg. Both cars from the Porsche Museum finished the rallye without any breakdown or technical defect and received as many as three awards for their participation: “The Most Popular Brand Award of the Event” and “The Most Wanted Classic Car of the Event” for the Porsche 911. In the overall standings of the rallye, Porsche finished first with the 911. „During this rallye our sportscar classic 911 showed once again its reliability and sportiness. We are happy that our museum cars are participating actively in international events as well. This helps us to familiarize our customers in China with the Porsche sports car history”, said Stejskal.

The Porsche Museum sends its historic cars to more than 200 events worldwide per year. In their special exhibition “Roadbook” starting on 30th of October 2016 and ending on 23rd April 2017 at Stuttgart Zuffenhausen, visitors can get an overview on all international events of the „Museum on Wheels“. The opening hours of the museum are Tuesdays to Sundays from 09:00 to 18:00. Further information are available on the homepage www.porsche.com/museum.