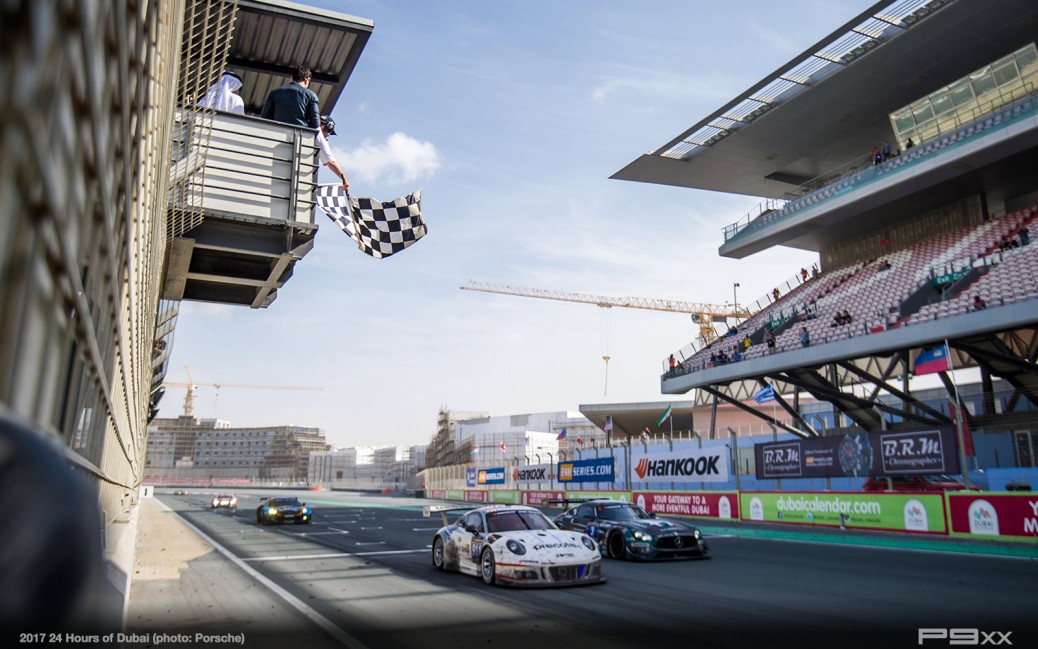 In January 2016, the 911 GT3 R celebrated its race debut mounted with the new ultra-modern, four-litre, flat-six engine with direct fuel injection. Porsche had designed the customer sports racer for worldwide GT3 series on the basis of the 911 GT3 RS production sports car. The victory at Dubai is the first for the latest 911 GT3 R at a 24-hour race. Sascha Pilz, Head of GT Customer Motorsport: “I’m very pleased with this outcome of the 911 GT3 R at the start of its second race season and proud of the performance of our customer teams. Once again, the customer vehicle has demonstrated its competitiveness in long distance racing. We can now look forward to the next season highlight; the Rolex 24 in Daytona.”

Brendon Hartley (911 GT3 R #911): “That was a great team effort from Herberth Motorsport. I only met the squad for the first time on Wednesday and I immediately felt at home. My first outing in a GT-Porsche was a great experience and I hope that I’ll be back again next year. I love driving the 911 GT3 RS on the road and now I’ve also fallen in love with the racing version.”

Sven Müller (911 GT3 R #12): “To begin my first season as a Porsche works driver on the podium is fantastic. We put in a very strong team performance. Towards the end we had a puncture so we couldn’t fight for victory, but second place is more than we had expected.”

Matteo Cairoli (911 GT3 R #12): “What a great start to the season. This is my first podium result at a 24-hour race and it makes me want more. Thanks to the entire team for this incredible performance.”

Mathieu Jaminet (911 GT3 R #76): “I’m thrilled with my first 24-hour race. Fifth place is a great result for us. We didn’t make any mistakes and our 911 GT3 R ran faultlessly over the entire distance. A double victory and fifth place for us – that’s a fabulous start to the season for Porsche.”