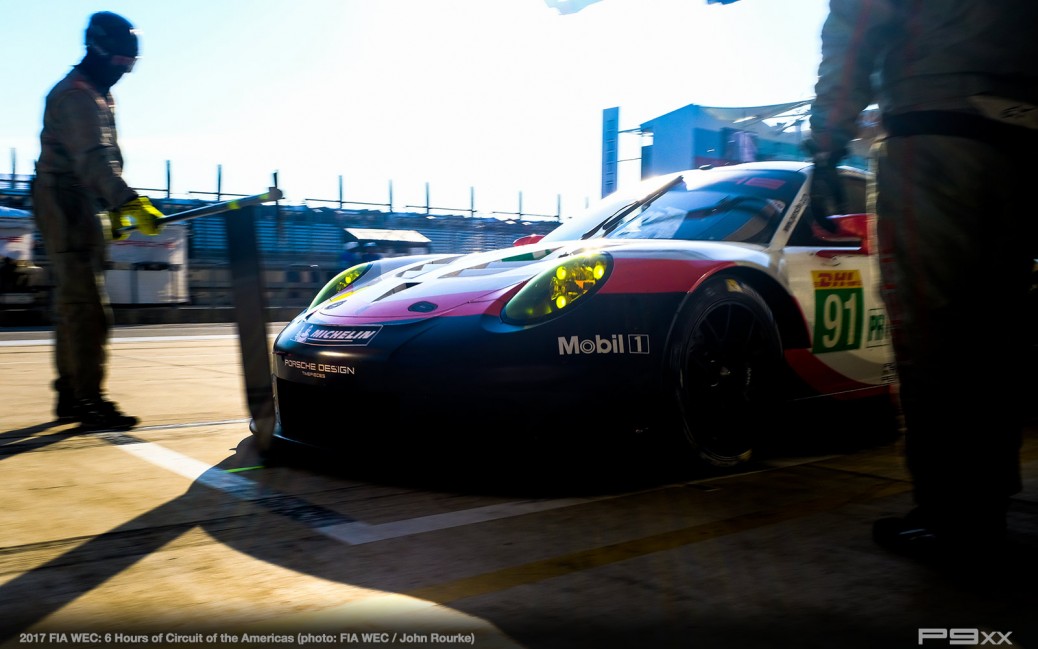 Stuttgart. The Porsche GT Team has made optimal use of the qualifying session to prepare for the six-hour race in Austin. At the Circuit of the Americas, Richard Lietz (Austria) and Frédéric Makowiecki (France) clocked the seventh quickest time in the GTE-Pro class with the 510 hp 911 RSR with the starting number 91. In the Drivers’ World Championship, the pair currently ranks second. Their teammates Michael Christensen (Denmark) and Kévin Estre (France) take up round six of the Sports Car World Endurance Championship WEC on Saturday in the second 911 RSR (#92) from the eighth grid spot. Temperatures reaching 35 degrees Celsius are expected. Marco Ujhasi, Director GT Factory Motorsports: “We realised during practice that this qualifying would be very difficult for us. That’s why we used it to systematically prepare for the race and we didn’t change the tyres. This gives us an additional fresh set of rubber for tomorrow, which is something most of our competitors don’t have. We hope this strategy works.”

Richard Lietz (911 RSR #91): “During the qualifying session, we prepared for the race and deliberately saved tyres. Under these conditions, a better position was not possible. The race will show whether we’ve played the right cards.”

Frédéric Makowiecki (911 RSR #91): “We’ve made several improvements on our 911 RSR during the practice sessions. We’re not concerned that these changes didn’t make a positive difference in qualifying. What matters is the race. Let’s see who comes out on top after six hours in this heat.”
Michael Christensen (911 RSR #92): “The qualifying wasn’t that bad. We didn’t focus on fast laps during the qualifying, so in this respect I’m pretty satisfied. The balance of our 911 RSR was really good. Let’s see what the race brings.”

Kévin Estre (911 RSR #92): “That was tough. I’m not happy, normally we would have been faster. The track conditions have changed since this morning and that made it difficult. I probably wanted to push too much and I made a couple of little mistakes, which cost time.”