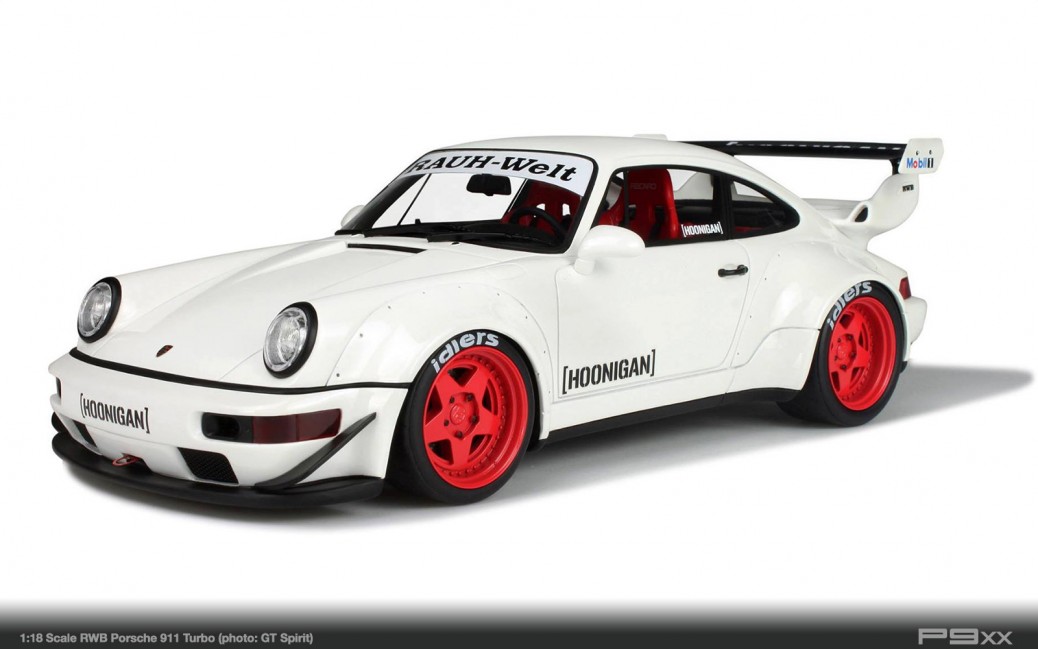 GT Spirit has teased their latest scale model RWB 911 and it’s one of our favorites. The white Hoonigan 964 is one of the first high-visibility RWB builds constructed for a U.S. customer, and its debut as such at SEMA made it a bit of an icon.

The car in question belongs to Ken Block’s marketing ace Brian Scotto. Brian had purchased the car long before the air-cooled 911 market went crazy. Though climbing rapidly in prices, they weren’t even close to their current values when Scotto set about introducing RWB to the USA with this particular car.

All that being said, this is a legit 911 Turbo (a.k.a. 965). It didn’t begin life as some tired used up Carrera 4 and given a new lease on life. The building of an RWB wasn’t the sort of thing that drew in car enthusiasts from the tri-state area. When Brian built this car, and watched Nakai-San take the grinder to those factory widebody quarter panels, RWB was anything but a sure thing and this particular car was a well cared for white on red 965.

We all know the move was brilliant. The car got on the Fifteen52 Tarmac wheel train early, no doubt due to Fifteen52’s relationship with Ken Block’s organization. In RWB parlance, this car’s a bit of a legend. That GT Spirit is making it in 1:18 scale, teasing it on Facebook with orders opening Feb 1, only cements that status.