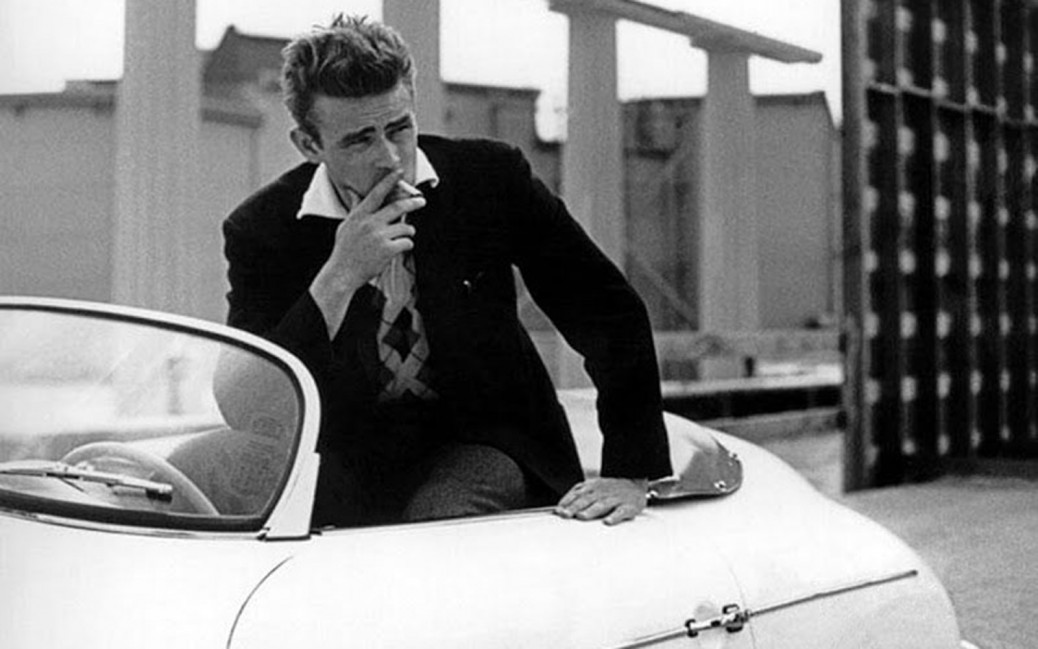 Speaking for a friend, group administrator Bernard Moix, who has yet to post any photos proving his claim, shares that it has been found by chance and sold as a “project” in France where it has been “for the last 20+ years”. He also promises pics soon, and suggests that a friend of his just bought it last week. This car is not to be confused with another white Speedster owned by Vincent Turner. Many photos such as the one above show Dean with that car as well, and it exists today also in France. The car in question, reportedly just found last week, is the one owned and raced by Dean.

As the story goes, James Dean purchased this 1955 Porsche Super Speedster from John von Neumann at Competition Motors in Hollywood. Though Speedsters were a hot commodity, someone who’s celebrity was on the rise following his debut in 1954’s East of Eden likely helped him nab the 356 that was fitted with the 1500 Super engine (P-41014), and actually claimed to be the first ever ‘Super’ engine fitted to a Speedster.

Speedster #80126 was white with black interior. It was otherwise fairly standard in appearance, with baby moon hubcaps, small bumper horns and optional mesh on the headlights.

James Dean entered his first road race in the car, an event at Palm Springs on March 26th and 27th 1955. This was just before filming began on Rebel without a Cause. A victory in the 1500cc and under class on Saturday landed him a spot in the main event on the send day. In that second event Dean would take 3rd in the production class. With a first taste of success, Dean entered the Speedster in even more events. He competed with the car at Minter Field, Bakersfield and Santa Barbara that year. On September 21 of 1955, Dean traded his Speedster in on the Porsche 550 Spyder dubbed “Little Bastard” in which he’d meet his untimely end just a few days later on his way to his first race he had planned for the car in Salinas.

More information on the James Dean’s Porsche history and specifically that of this Speedster can ben found in this story over on Speedsters.com. We’ll make sure to update this story as more news comes in.