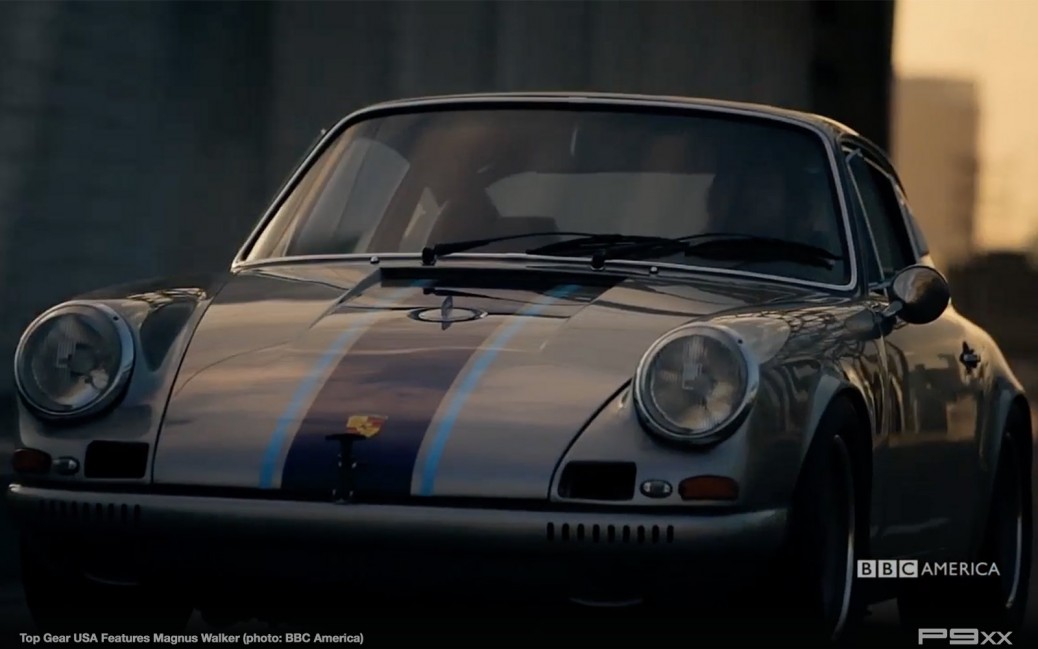 With its third episode dropping just this week, the latest iteration of Top Gear America appears to be striking out into its own new direction. The new series, now starring actor Bill Fichtner, journalist Tom Wookie Ford and professional NHRA drag racer Antron Brown, is striking its own different path, from a Las Vegas-based studio and home track to more lifestyle oriented stories including a focus this week on the urban outlaw himself, Magnus Walker. For Porschephiles, this third episode may be a bit off topic for most of the hour. It starts with a challenge involving vintage campers, moves to a high performance Toyota Sienna minivan and finally turns to Walker. Magnus is the first feature of the sort this far into the series, but the intro to his segment suggests they hope to deep dive a bit into some of the automotive underground of the enthusiast world and in as much Magnus Walker is a big player and a great place to start.