Beyoncé Has Three Hearts… and a Beater 914 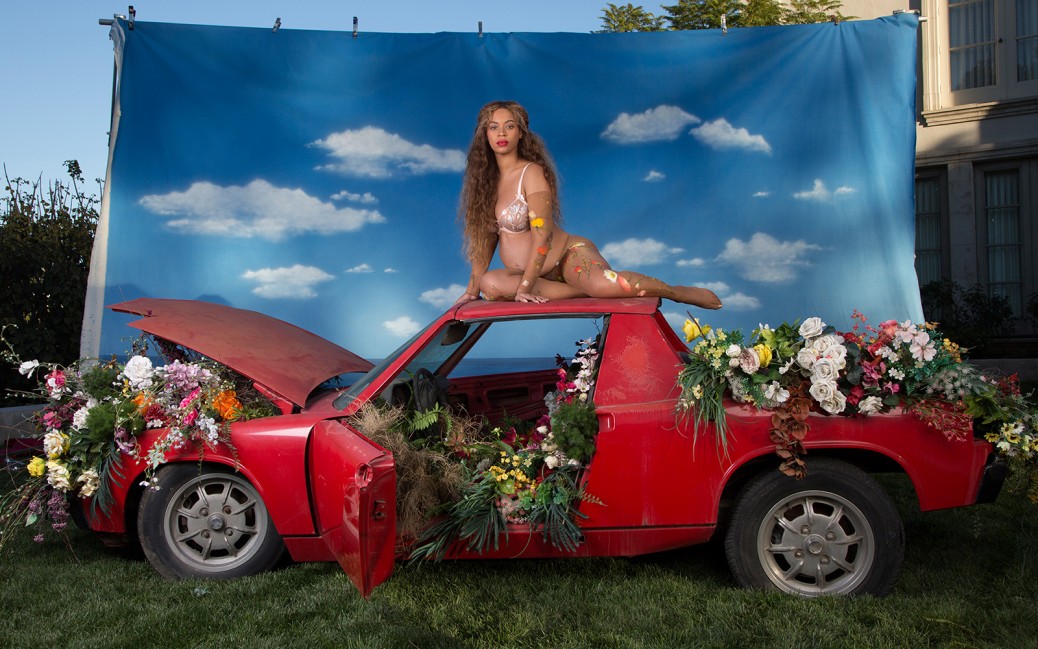 What’s the best way for mega star Beyoncé to announce she and husband Jay-Z are pregnant with twins? Apparently, the answer is with a photo shoot that began with the most liked photo ever on Instagram Wednesday (8.8M likes and counting), followed up today with a whole collection of shots published on her website and various social platforms. And, while we’re not exactly into celebrity fan news on these pages, we are when they include our favorite car brand.

To many, the story here was about Beyoncé’s pregnancy with twins. We’d like to congratulate here on her growing family, but we also appreciated her choice in cars… even if it is a bit of an oversprayed beater of a 914 on which she’s perched.

The photo is part of a shoot that, according to Art News, was shot by L.A.-based photographer Awol Erizku. In researching the shot, we also learned that lingerie brand Agent Provocateur shared the shot as well, identifying its Sparkle bra.

That’s great and all, but we still love the 914. While the market on these vintage mid-engine P-cars isn’t exactly on fire as compared to air-cooled 911s, it is on the rise. Largely ignored “beaters” like the one in the shoot are getting harder and harder to find as they become more and more sought after by collectors.

What’s the point of the car in the shot? We’re not exactly sure. It’s position in the spread isn’t exactly your typical materialism brag found in so many music videos and album covers.

You can find the whole shoot on Beyoncé’s website, though near as we can tell this is the only one that includes the Porsche.