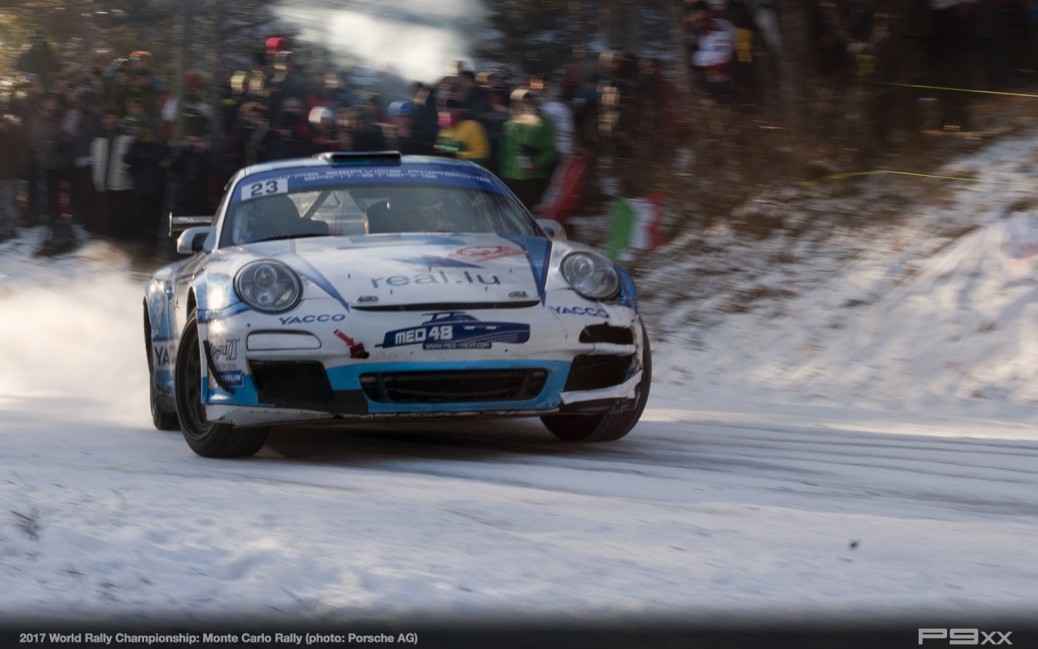 Stuttgart. Romain Dumas is not only in his element on tarmac but on snow and ice as well. After winning the 24 Hours of Le Mans and the FIA World Endurance Championship with the Porsche 919 Hybrid, the Porsche works driver now celebrated his greatest success to date at the Monte Carlo Rally: At the wheel of his private Porsche 911 GT3 RS, he and his co-driver Gilles de Turckheim won the RGT class against strong opposition from factory teams at the season-opening round of the World Rally Championship. “That was a drive on the razor’s edge. Thirteen of the 14 special stages were driven on snow and ice. You had to be incredibly careful not to end up off the road,” said the 39-year-old Frenchman after his second attempt at the “Queen of Rallies”. “But we made it to the finish and our 911 GT3 RS ran without a single problem. Despite all the difficulties it was great fun and it was definitely not my last Monte.” As a Porsche works driver, Romain Dumas has notched up many victories and titles since 2004 and is one of the best all-rounders in international motor racing. In 2015 and 2016 he clinched overall victory at the Pikes Peak International Hill Climb, the spectacular sprint up to a 4,301-metre summit in the Rocky Mountains. At his debut in 2013 he won his class and was named Rookie of the Year in his private Porsche 911 GT3 R. Shortly before the Monte Carlo Rally he tackled the world famous Dakar Rally for the third time and clinched his best result so far with an impressive eighth overall.