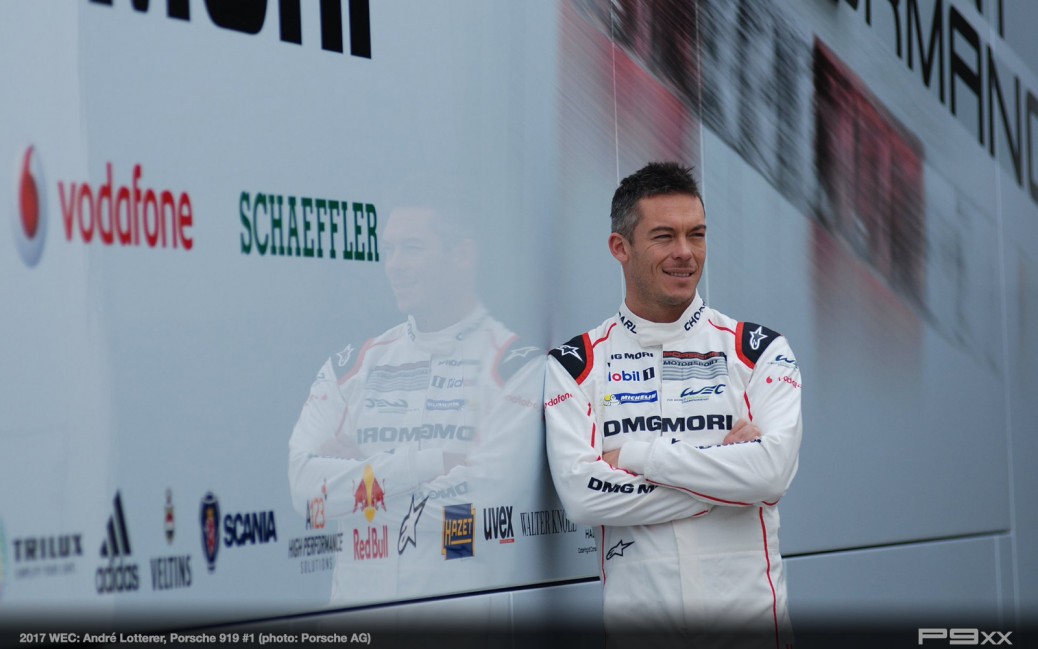 Having now been officially added to the Porsche team WEC LMP1 roster for 2017, André Lotterer has begun testing and preparation in earnest. Confirmation of the news came across Twitter where photos of Lotterer in his new Porsche uniform also surfaced.

Formerly a star on the Audi Sport R18 lineup, Lotterer is a solid entry to the 919 hybrid squadron. Lotterer joins Nick Tandy and Earl Bamber in the move to the full season Porsche LMP1 roster, and will be paired with Tandy and Neel Jani in the #1 car.

New work clothes for @Andre_Lotterer who already has collected first impressions at the wheel of #Porsche #919hybrid @AragonMotorLand pic.twitter.com/5cmCALhYAo

Bamber and Tandy having won Le Mans at the wheel of the third 919 in 2015, Lotterer will be the only one with no racing experience for Porsche. Even still, that doesn’t exactly make him a newb. In his time at Audi, the German has logged no less than three victories (2011, 2012 and 2014) at the 24 Hours of Le Mans. Placing him at the wheel of the Porsche 919 hybrid with its more recent dominance should prove a formidable pairing.

Lotterer also isn’t new to Porsche on a personal level. A consummate car collector best known for his Group B era homologation Audi Sport quattro given his former employer, André also has no less than a Carrera GT, two 911 Carrera RS 2.7s and even a super rare 964 Carrera RS 3.8 in his very impressive private collection.

There is no doubt, it will be very interesting seeing Lotterer turning a wheel for Porsche in the 2017 season. Whether that’s a 919 hybrid on the track or rolling into Spa with as he traditionally does in one of his personal cars, Porsche enthusiasts should definitely take notice.