NYIAS: A Porsche GT2 RS in a Biergarten 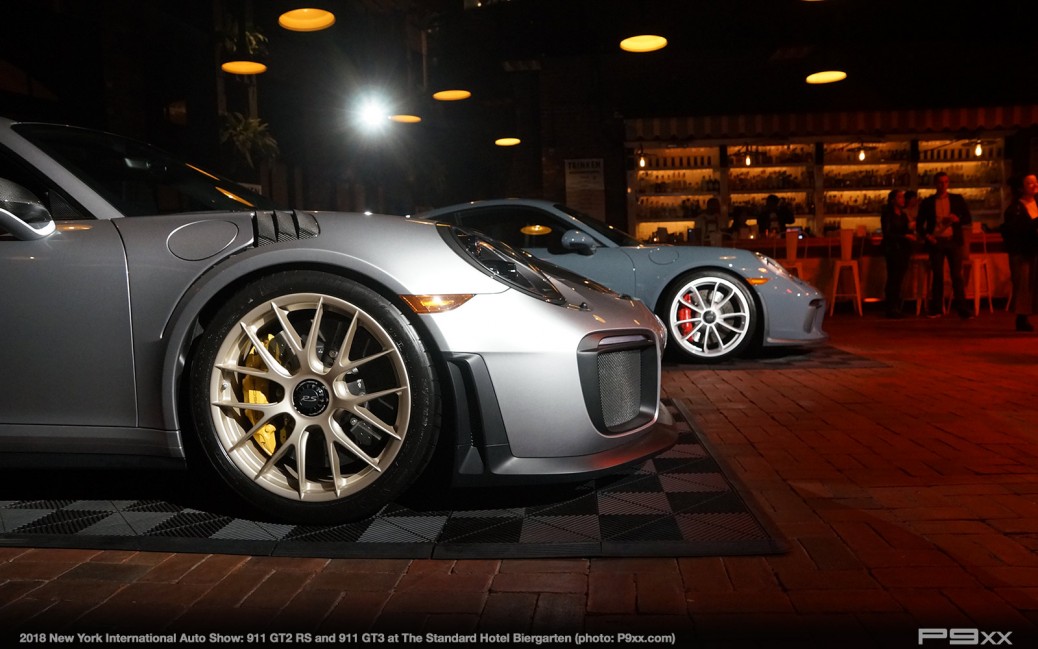 Even without an undeniable Porsche theme, the Biergarten at The Standard Highline hotel in Manhattan is a highly desirable place to end up on a spring evening. A gathering here on the evening following the first press day at the New York International Auto Show has become a tradition for Porsche, inviting friends and media for a brew and to ogle something or things interesting that also wear a Porsche crest.

Nestled at the foot of the so-called Highline walking platform, a former elevated train line, The Standard Hotel makes for a surprisingly quiet place for being located smack dab in the middle of one of the world’s busiest cities. Stroll or drive down the brick streets of the meatpacking district and you’ll find cool shops and other businesses catering to a high end clientele. All that probably would have already caught the attention of any luxury brand looking to host an event during Auto Show Week, but when you throw in a German style biergarten for good measure… well… Porsche had us at “hallo”.

Even better, the semi-open nature of the Biergarten at the Standard allows Porsche to bring in a car or two in order to keep the evening on theme. Last year, with the unveiling of the Panamera Sport Turismo, Porsche Classic sent over the 928 H50 concept station wagon. This year, with RS being the current flavor in New York, Porsche chose to show off a 911 GT2 RS (Weissach Package) alongside a 911 GT3.

Attendees of the event tend to range. Obviously, there are a lot of press from the car magazines and websites you expect. You also tend to catch a lot of executives and occasionally a racing driver or two. In this case, that meant Patrick Long and Hurley Haywood.

Scan through our event photos and you’ll only really find cars. Given the casual nature of the event, it’s not terribly cool to drop a camera in front of Patrick or Hurley as they enjoy a beer and dinner. Nevertheless, we got a few shots of the GT2 RS and the GT3, which you can find above in the slider.