Gooding & Co. with 50 Years of Porsche at Amelia Island Sale 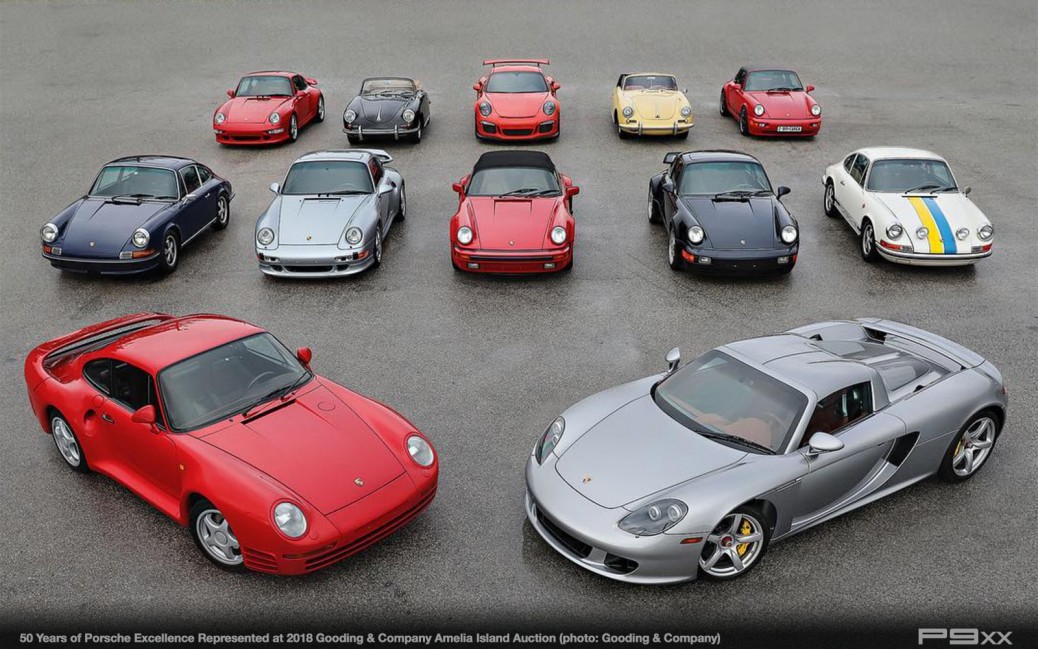 Gooding & Company, the auction house acclaimed for selling the world’s most significant and valuable Porsches, is honored to announce 12 exceptional collector cars from The James G. Hascall Collection, which are being offered without reserve at the company’s Amelia Island Auction held on March 9, 2018. This collection spans over 50 years of Porsche models and offers some of the marque’s most desirable cars. Mr. Hascall was a dedicated and diligent collector who began buying Porsches in the 1980s. He and his wife shared a true passion for the marque and participated in numerous road rallies in their cars.

“It is a great honor to present this beautifully curated collection of cars featuring an important Porsche model from each decade over the last 50 years,” states Angus Dykman, Specialist at Gooding & Company. “Each example was carefully selected by Mr. Hascall and his pride of ownership and care is evident throughout the collection.”

1987 Porsche 959 Komfort (Estimate: $900,000-$1,200,000 Without Reserve)
The ground-breaking Porsche 959 took the world by storm when it debuted in the mid-1980s. With twin turbochargers, 4-wheel drive, and a host of electronic systems that are still in use in modern Porsches today, the 959 was far ahead of its time. These supercars are capable of nearly 200 mph and can sprint to 60 mph in 3.7 seconds. The car presented here was formerly part of the famed Matsuda Porsche Museum in Japan and is one of only 242 Komfort models produced. With its striking livery of Guards Red over a tri-color cloth interior, this stunning example currently displays under 7,400 kilometers. This low-production supercar offers a great opportunity to own an outstanding low-mileage 959.

2005 Porsche Carrera GT (Estimate: $800,000-$1,000,000 Without Reserve)
The Carrera GT was unveiled as a concept at the Paris Auto Show in 2000. More exotic than any road model Porsche had produced, high interest in the model encouraged Stuttgart to commit to a limited-production run of just 1,270 examples. This Carrera GT was purchased new by Mr. Hascall and is finished in the stunning color combination of GT Silver Metallic over a Terracotta interior. Mr. Hascall sparingly enjoyed his supercar, and the odometer currently shows less than 120 miles. Offering an optional open-air driving experience, and a manual gearbox mated to a normally aspirated V-10 engine, this extremely low-mileage Carrera GT is a fine example of one of the greatest analog supercars ever produced.