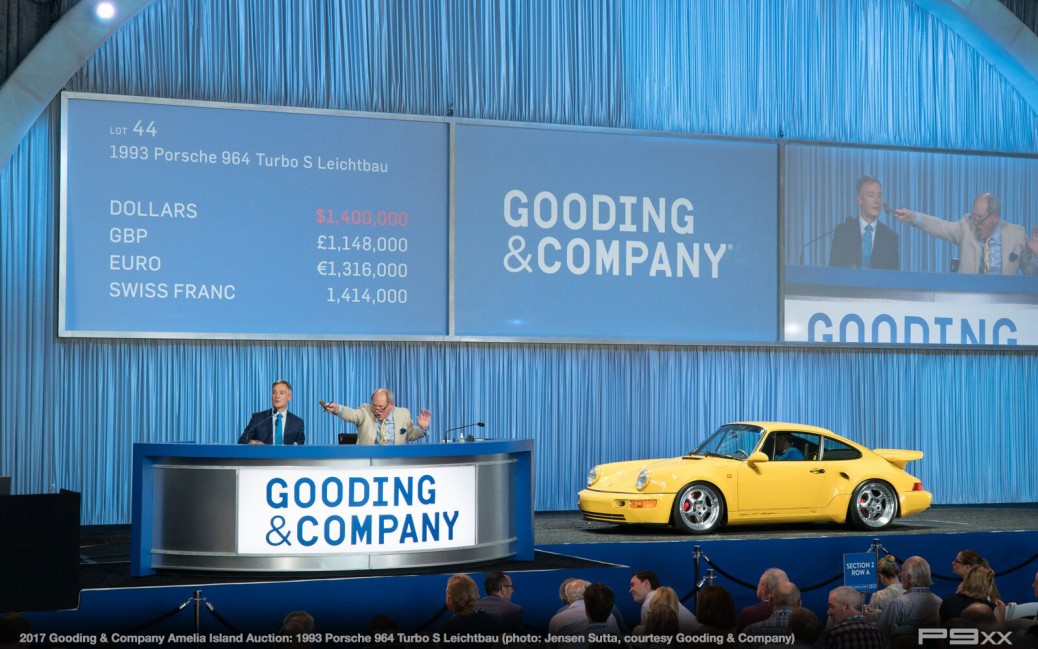 “We achieved strong results for a number of exceptional cars, especially from the Porsche marque, exemplified by the world record price achieved for the GT1 Strassenversion,” states David Gooding, President and Founder of Gooding & Company. “In spite of the 13 world record prices set, we are definitely seeing a market shift, which is healthy for the marketplace as a whole.” Cars offered for philanthropic efforts delivered sensational results, as the wall-to-wall crowd cheered on the generous bidding. The 2015 McLaren P1 delivered a sensational bidding war and sold for a world record price of $2,392,000. Proceeds from the sale of the McLaren P1 have been pledged to benefit the Rose-Hulman Institute of Technology. Additionally, Caitlyn Jenner joined David Gooding on the stage to introduce her 2011 Porsche 911 GT3 RS, which sold for a strong price of $169,400. Ms. Jenner has pledged all of her proceeds to fund the Caitlyn Jenner Foundation.

About Gooding & Company
Gooding & Company’s auctions, now in their second decade, produce market-leading prices and deliver to a worldwide reach of clients and enthusiasts. In this coming year, spectators and patrons from over 50 nations will continue to witness our auctions live in high-definition video broadcast via our webcast. The annual Pebble Beach Auctions will be held August 19 and 20, 2017, in Pebble Beach, California, where Gooding & Company is the official auction house of the Pebble Beach Concours d’Elegance®. Bidder registration forms, press credentials and additional auction information are available at www.goodingco.com or by calling (310) 899-1960.