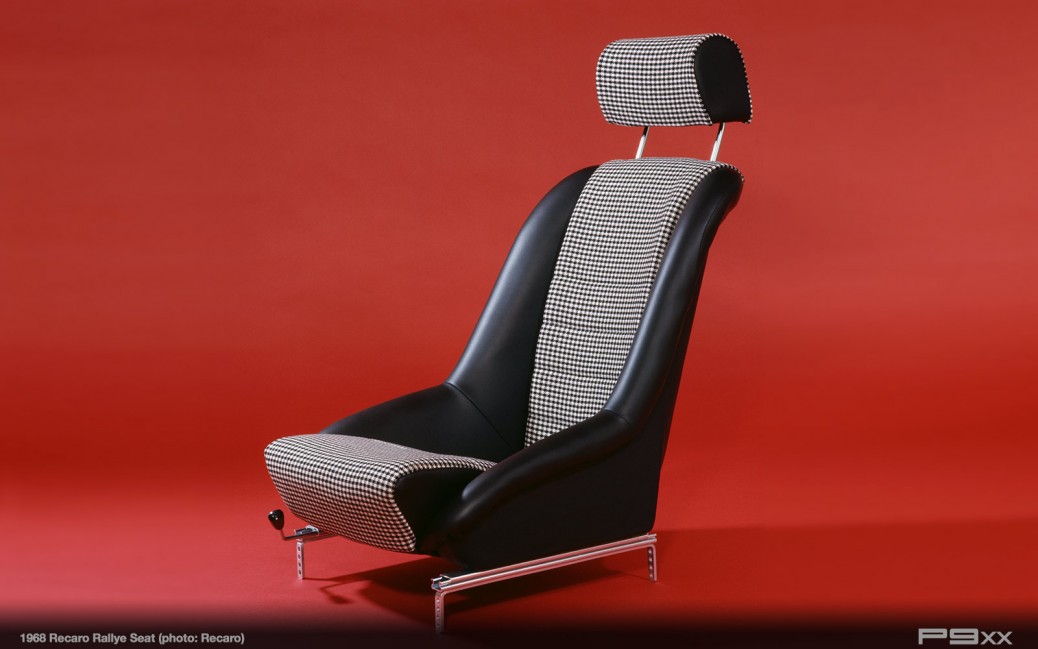 Frankfurt, Germany – “Armed with our 50 years of experience, we’re among the leading suppliers of lightweight, safe and comfortable shell seats – both for sporty street driving and for the extremely high demands of professional motor racing,” says Ingo Fleischer, vice president at Adient Specialty Seating. “But we don’t only look back on our many ingenious milestones. At IAA 2017, we will also highlight our plans on how we’re continuing to make the unique RECARO riding performance in shell seats a reality, both today and tomorrow.”

In 1967 the RECARO Rallye became the prototype for every sporty street-use car seat made ever since. As the world’s first shell seat, it represented a continuation of the revolution in automotive seating design that RECARO had begun two years earlier with the market launch of its first sport seat. It featured a seat shell of fiber-glass-reinforced polyester resin that was formed to the contours of the human body, reflecting RECARO’s early commitment to safety and lightweight design.

The Rallye was also ahead of its time in terms of comfort. Subsequently named the Rallye I, it was mounted on tracks that allowed forward and rearward adjustment that also provided variable recline adjustment – the essential ingredients in achieving an ergonomically favorable seating position.

Its upholstery, which featured a forwardly pronounced thigh support, consisted of foam material, while the seat back was equipped with padding elements that could be adapted to the contour of the occupant’s back. Optionally the RECARO Rallye I was available with a height and tilt adjustable headrest at extra costs of just 40 Deutsche Marks. Not only would drivers be able to rest their heads between driving stints; the headrest was intended to improve accident protection. This innovation in the late 1960s put RECARO among the pioneers of occupant protection.

The first Rallye seat approved for street use was followed by two more Rallye models, each with successive improvements in safety, weight and comfort. The Rallye II was the first shell seat to feature a foldable backrest; and the Rallye III of 1979 weighed only 12 kilos, making it the lightest seat of its kind at the time. It offered pneumatically adjustable side supports and was designed to accommodate three-, four- or six-point seat belt systems. In 1974 the company launched its RECARO Racing Seat. It was the first pro racing shell developed exclusively for use in professional touring car competitions, where every gram of weight mattered. Boasting an extremely stable polyester double shell construction, the seat weighed a mere 6.5 kilos, including upholstery, headrest and seat rail. Yet, it met the highest safety standards and thus quickly spread throughout the world’s pro racing scene.

Just five years later, RECARO pushed the envelope even further both in terms of lightweight design and safety. By incorporating the innovative material Kevlar, they developed a superlight shell seat that weighed under 3 kilos, along with a standard version weighing about 7 kilos. As textiles they employed self-extinguishing Nomex and flame-retardant velour covers.

In 2004 RECARO introduced the Pole Position (ABE), the first racing shell approved for street use. In 2009 it offered a carbon variant, which at 4.5 kilos was the lightest retrofit seat in the world. To this day, Pole Position series models remain among the most popular racing shells, both in racing and on the road.

As a breakthrough innovation in worldwide racing, the RECARO P 1300 GT was launched in 2013. Combining top-notch safety with bespoke comfort, it was the first racing shell in the world to meet the then-new 8862-2009 FIA standard for advanced racing seats, while also featuring longitudinal adjustment – making it ideal for racing applications with frequent driver changes.

To mark the 50th anniversary of the seat shell, RECARO Automotive Seating is now offering a limited edition model of the Pole Position (ABE), which has been designed to deliver the ultimate sporty street driving experience. The RECARO Pole Position (ABE) Edition 2018 combines direct feedback to the driver with optimal ergonomics. Its design features a headrest and side supports covered in exclusive carbon-look leather, seat cushion and backrest with deep black Dinamica microfiber fabric upholstery, accented with bright green leather bands.

Additionally, the futuristic RECARO Racing Shell concept is on display at IAA 2017.  As an exclusive pure racing shell it targets semi-professional and professional motorsport drivers. In select markets like Japan, the shell will also be eligible for use on public roads. Its high-performance carbon fiber shell provides a maximum of safety and dynamic rigidity, pronounced side support in backrest and seat cushion, and long-distance driving comfort.