Porsche at the 25th Ennstal-Classic 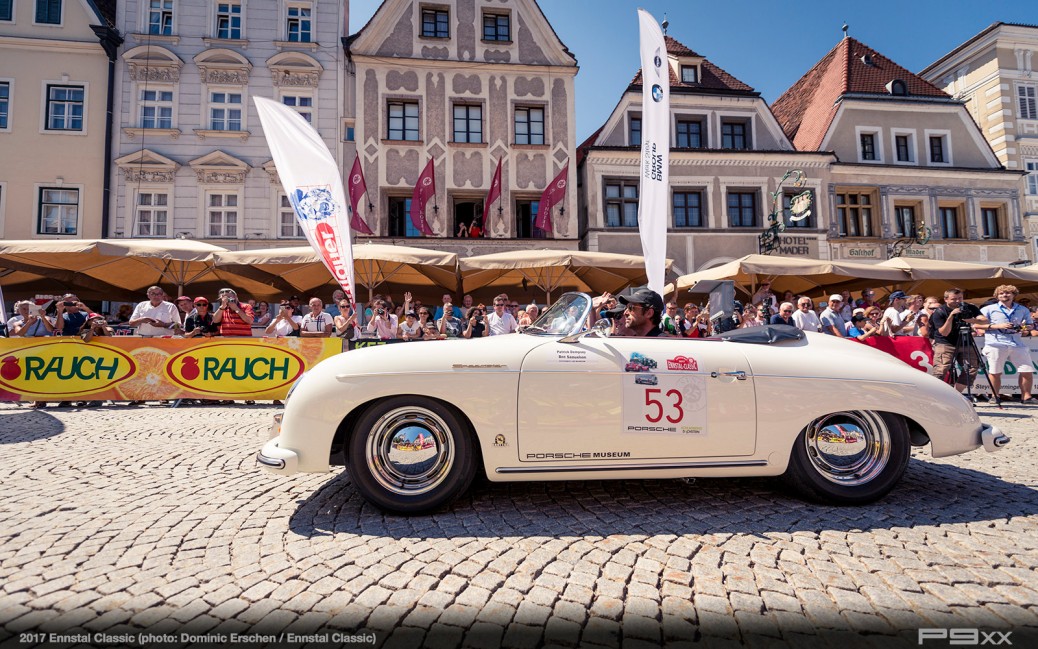 The three-day drive through the Austrian Alps is always an honor for Dr. Wolfgang Porsche, Chairman of the Supervisory Board at Porsche AG: The Ennstal-Classic is one of the most important automotive sports events in the Porsche family’s home. Austria is associated with the sports car manufacturer’s first years of production. Dr. Wolfgang Porsche will be covering the distance of 900 kilometers, a challenging route through the Styrian mountain region, in a 356 Carrera 2 (construction year 1963). Lutz Meschke, Vice President of the Executive Board and Executive Board Member Finance and IT, will also be partaking in the Ennstal-Classic.

Porsche participates with an impressive line-up of people
The two-time Rally World Champion Walter Röhrl, who celebrated his 70th birthday this year, will drive through Austria in the 356 B 200 GS Carrera GT from 1963, which is also known as the “Triangular Scraper” because of its aerodynamically required steep rear window. For the second time, actor and passionate race driver Patrick Dempsey with be taking part in the anniversary Ennstal. In a 356 Speedster 1500 from 1955, Dempsey will try to pass the partially secret evaluation and up to 20 kilometers long special tests. The former long-distance World Champion Mark Webber will also be participating for the second time, in a 550 Spyder (construction year 1954). Webber won the world titel in the FIA World Endurance Championship (WEC) in 2015 with the 919 Hybrid and has been a brand ambassador for Porsche since the end of his active race driver career. In the starting field, he will be up against the successful long-distance icon Hans-Joachim Stuck as well as last year’s Le Mans champion Neel Jani: Two-time Le Mans-champion and DTM-winner Hans-Joachim Stuck will be piloting the 356 Abarth (construction year 1960). The cockpit of another 356 A Speedster 1600 S from 1958 will be shared by LMP1 project manager Fritz Enzinger and Porsche factory driver Neel Jani.

About Ennstal Classic
The 25th edition of the Ennstal-Classic is taking place from July 19 to July 22. The international starting field will complete a mountain prologue and marathon tours in front of more than 100,000 fans at the track as well as a city Grand Prix in front of more than 20,000 spectators.

Check out more photographs from this event in the P9xx photo archive HERE.