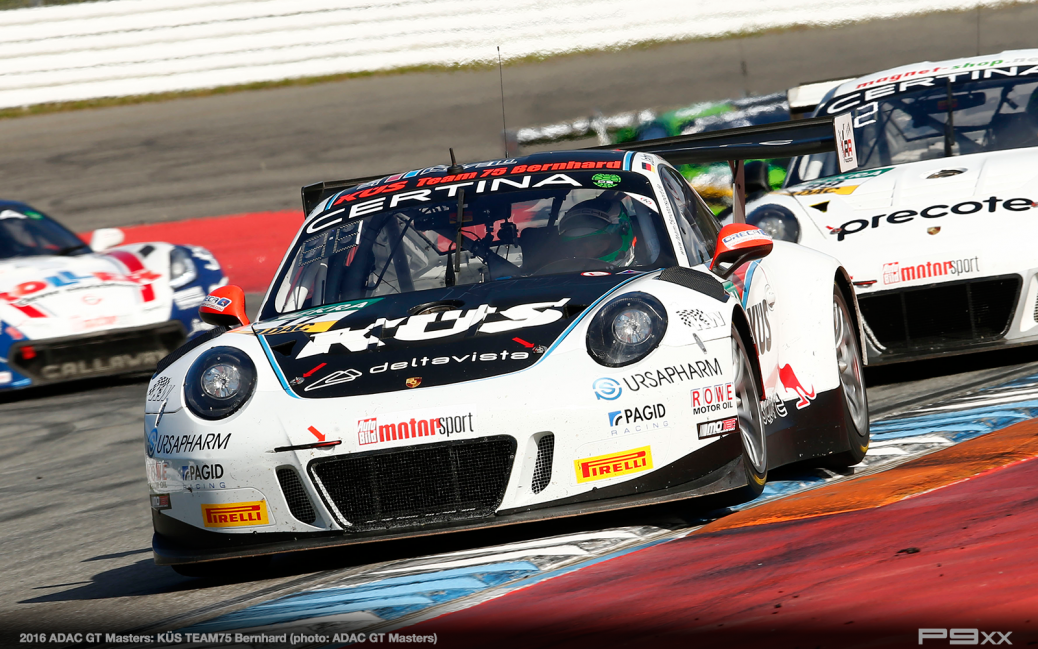 Munich: After a promising debut season, KÜS Team75 Bernhard will take the next logical step by fielding two Porsche 911 GT3 Rs during the 2017 ADAC GT Masters season. The outfit, set up by sports car world champion and Le Mans winner Timo Bernhard along with his father Rüdiger, will put two cars on the grid of the Super Sports Car League for the first time. Michael Ammermüller (30, DEU) and Mathieu Jaminet (22, F) have so far been named to drive one of the cars. The ADAC GT Masters will open the 2017 season at the Motorsport Arena Oschersleben on the weekend of 28th – 30th April. SPORT1 will broadcast all the races live and in full.

“The ADAC GT Masters is booming. Some teams are moving to the ADAC GT Masters from the DTM or from other series, which is why I’m delighted to have two Porsche 911 GT3 Rs on the grid in 2017,” said Timo Bernhard, whose team took four wins last year and finished third. “We’ve worked hard over the winter in order to be well placed. It will be tougher, but we’re going to go for it and fight for the title.”

The car bearing start number 17 has a couple of excellent drivers at the wheel with Ammermüller and Jaminet. “I’m very proud to be part of this team. To be able to race in the ADAC GT Masters with the amazing combination of Porsche 911 GT3 R and KÜS Team75 Bernhard is just great,” said Ammermüller, who took a win in the Super Sports Car League in 2011.

His team-mate Jaminet showed flashes of talent in the Porsche Supercup last year and was recently promoted from Porsche Junior to become a Young Professional Driver. “I must begin by saying that it’s a great honour to be a member of Timo Bernhard’s team – after all, he’s one of the most successful Porsche drivers of all time,” said the delighted newcomer. “The standard in the ADAC GT Masters is very high, but I’m sure we can be championship contenders. I know that we’ve got what it takes to make 2017 a great season for KÜS Team75 Bernhard.”

Team boss Klaus Graf, who welcomes the team’s increased involvement and has every confidence in their driver pairing, is also very upbeat: “Lining up with two Porsche 911 GT3 Rs in the ADAC GT Masters 2017 is the next logical step for KÜS Team75 Bernhard. We have a perfect driver combo in Mathieu Jaminet and Michael Ammermüller. Michael has impressed us with his way of working and his professionalism. He has everything we expect from a racing driver. Mathieu is a diamond in the raw from the Porsche Academy. His promotion to Young Professional and his success in Porsche one-make cups prove that he’s the right choice.”