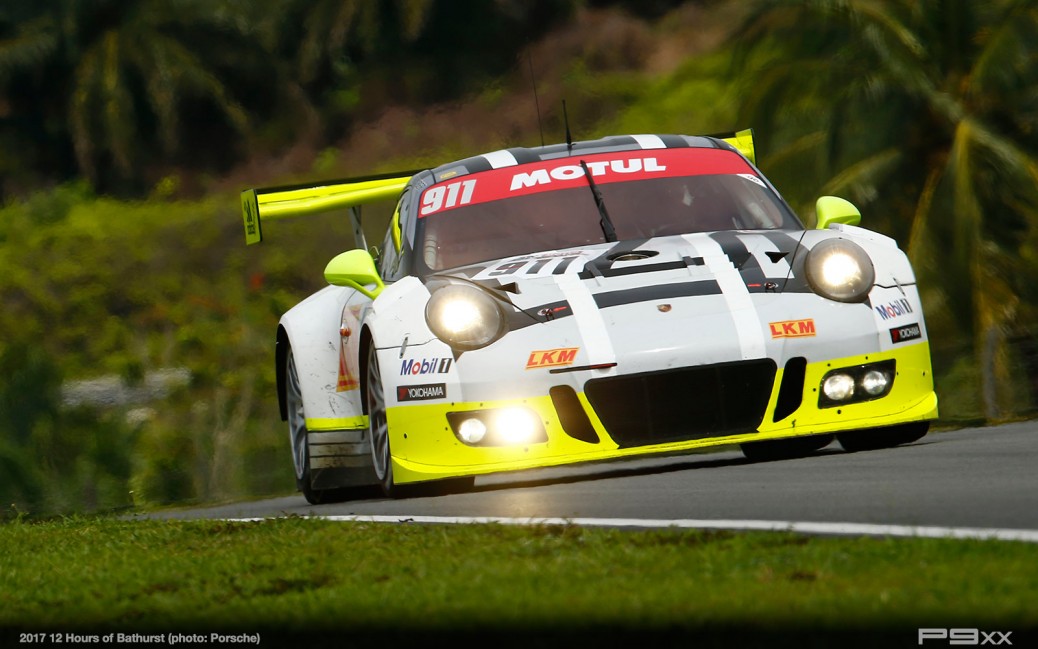 Stuttgart. A Porsche 911 GT3 R driven by Porsche works drivers Earl Bamber (New Zealand), Kévin Estre (France) and Laurens Vanthoor (Belgium) will tackle the Bathurst 12 Hour in Australia on 5 February. The 500 hp race car mounted with the ultra-modern, four-litre, flax-six engine featuring direct fuel injection is campaigned by the Australian Walkinshaw GT3 squad with factory-backing from Porsche Motorsport. In addition, other customer teams field Porsche vehicles on the 6.213-kilometre Mount Panorama Circuit. The Bathurst 12 Hour is one of the most spectacular sports car races and marks the start of the Intercontinental GT Challenge season. The Mount Panorama Circuit, located in a picturesque region about three hours drive inland from Sydney, is a public road for most of the year. The challenging racetrack in the foothills of the Blue Mountains features 23 corners with a 174-metre vertical difference between the highest and lowest point. The steepest grade is 16 percent. One of the peculiarities of the world famous 12-hour classic in the state of New South Wales is that the start takes place in the dark at 5.45 in the morning.

The 911 GT3 R was designed by Porsche for worldwide GT3 series on the basis of the 911 GT3 RS production sports car. The vehicle is characterised by uncompromising lightweight design, better aerodynamic efficiency, lower fuel consumption and improved driveability. Already in its 2016 maiden season, the 911 GT3 R celebrated many successes in international racing series, for example in the IMSA SportsCar Championship, the World Challenge, the ADAC GT Masters as well as the VLN Long Distance Championship Nürburgring on the demanding Nordschleife.