NAIAS 2017: A Story of Michelin and Singer 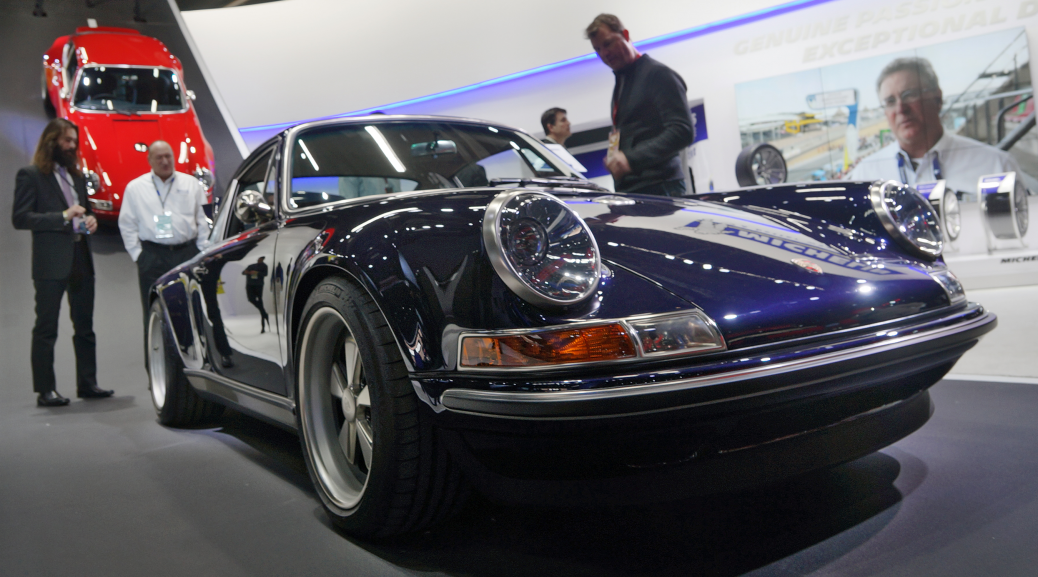 The new year marked an different turn of events for the Porsche marque at the North American International Auto Show. For any number of reasons, Porsche the brand sat this one out, though that didn’t leave Detroit’s refreshed Cobo Hall convention center devoid of Stuttgart metal. As it pulls the wraps off it’s latest Pilot Sport 4 tire line, Michelin chose to showcase this new rubber with two Porsche 911s reimagined by Singer. Those cars didn’t disappoint. Michelin Pilot  Sport 4 S Tire
According to Michelin, the new Pilot  Sport 4 S marks the replacement to its Pilot Super Sport range of ultra-high-performance tires. The new tire is aimed directly at performance enthusiasts, offering even higher levels of return in qualities such as steering precision, directional stability, and grip in wet and dry conditions. It offers a Y speed rating of 186+ mph and offers a 30,000 mile warranty. Already on sale in Europe, the Michelin Pilot  Sport 4 S goes on sale in the USA in March. Sizes will range from 18-20 inches, which might be applicable to the Singer vehicles on display and obviously Porsche’s more modern range of cars. Alas though, it won’t fit the smaller wheel sizes of most early air-cooled Porsche models. North American International Auto Show 2017
As mentioned, the Porsche marque wasn’t present in Detroit this year. This marked a change from previous years, largely attributed to the high cost of operations at the show combined with the brand’s own market penetration in Michigan. Interestingly, Porsche still made news during the week when they revealed details of the new range of 911 GTS models.

P9xx was present in Detroit. While we do have an event gallery that can be seen below, Porsche’s absence means this is entirely made up of the Michelin / Singer presence.