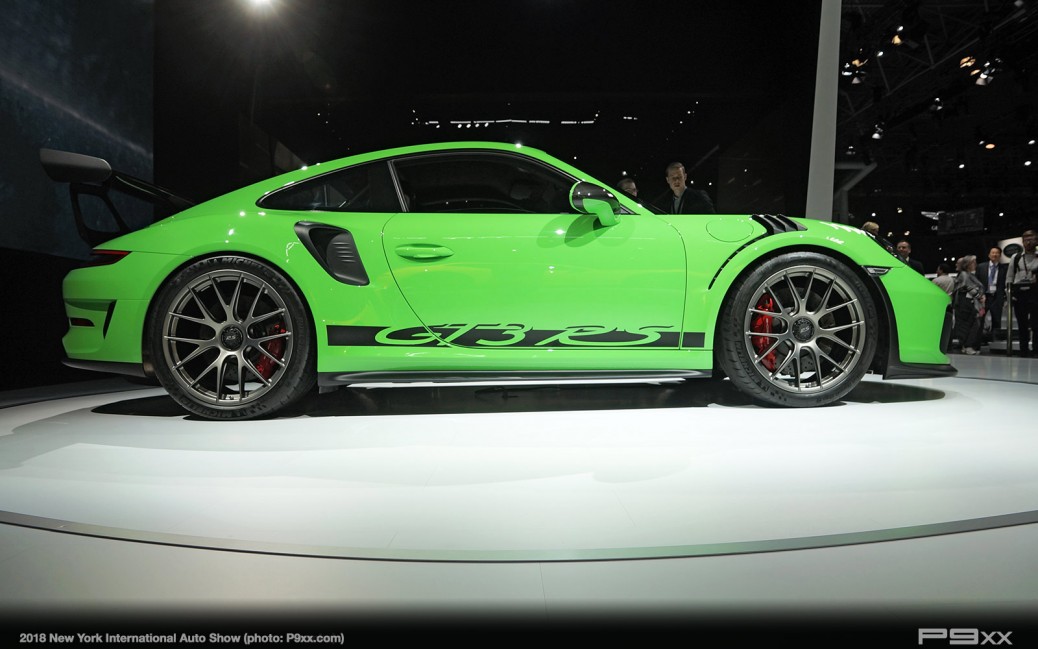 If it’s spring then it must be New York. Each year, the week before Easter, auto manufacturers head to New York in order to show off their latest offerings. For Porsche this year, the headliner was most certainly an American debut for the new 911 GT3 RS, with the 911 Carrera T alongside.

New York also being a city of fashion, one could argue that the bright green launch color of the GT3 RS and the Racing Yellow hue of the Carrera T were particularly fitting of the season. So too was the iconic Porsche Classic 356 Super 90 Cabriolet there to herald the 70th anniversary that Stuttgart is enjoying for 2018.

As mentioned, this was the North American launch of the GT3 RS. If not the very same car, the green Weissach Package GT3 RS looked nearly identical to the car that saw the world debut in Geneva just a few weeks ago.

This wasn’t the first showing for the new 911 Carrera T in the USA. That said, this real deal affordable enthusiast package 911 is both fresh and highly worthy of the stage positioning the car had at the Jacob Javits Convention Center in Manhattan.

Attached to this story is our full photo gallery for Porsche enthusiasts of the 2018 New York Auto Show. Enjoy.