Porsche Motorsport: A Successful Year for the History Books 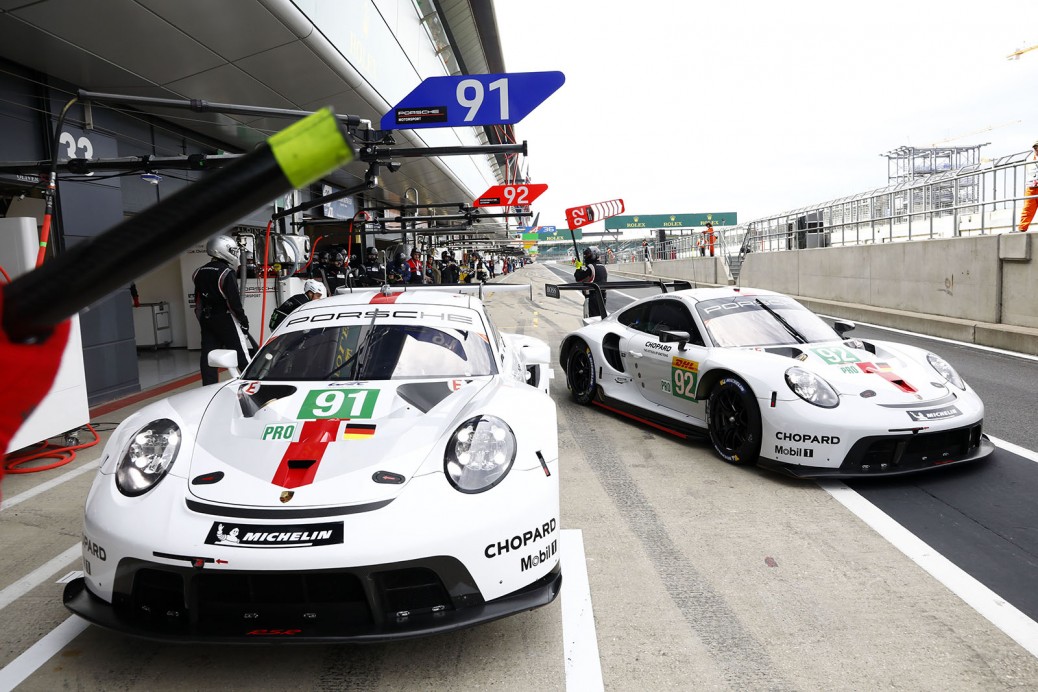 Stuttgart. With many major wins in 2019, Porsche has added another chapter to its tradition-steeped history. The world champion title in the FIA World Endurance Championship (WEC), the title in the North American IMSA WeatherTech SportsCar Championship, victory in the overall classification of the fiercely-contested Intercontinental GT Challenge and, last but not least, the successful debut of the factory squad in the ABB FIA Formula E Championship have made the 2019 motor racing season one of the most successful in the company’s history. The titles and triumphs of the past year once again underline that Porsche’s extensive commitment to motorsport upholds the brand’s tradition as consequently as it sets the standards of modern sports car development.

Porsche has always given top priority to the close relationship between motorsport and series production. “Motor racing is still a vector for development as it expedites further development. The extreme stresses of the races quickly reveal any weak points and as such motivate engineers to look for new and better ways. The greatest advances were always made in times of pressure and tension,” was the maxim of Ferdinand “Ferry” Porsche, who developed the legendary 356 No. 1 Roadster in 1948 and thus laid the foundation stone for the Porsche brand.

Motorsport is and will remain an integral part of Porsche. The spectacular performances and successes against tough competition on the racetracks have shaped the image and positioning of the brand since the late 1940s – and continues to do so today. “With our iconic Porsche 911, we have won all titles in the world’s most important GT racing series. This is a clear indication of the quality of our sports cars and the competence of our engineers,” declares Oliver Blume, Chairman of the Board. “Right from the outset we’ve also proven that we’re competitive in Formula E and hence demonstrate our innovative ability in the field of electric mobility. Motorsport is part of Porsche’s DNA.”

Second place for works driver André Lotterer at the debut race with the new Porsche 99X Electric has opened the door to a new category of motorsport for Porsche. The Stuttgart sports car manufacturer tackles the “Electric Formula 1” against experienced works teams from eight brands. An intensive exchange between production development and the motorsport department is the key to success. Since 2010, insights from the racing department have flowed into the development of hybrid and electric sports cars. Racing and road models have always been closely linked to sports cars powered by classic combustion engines.

“Using the Porsche 911 GT3 RS* as the baseline, we’ve developed two racings cars, the 911 RSR and the 911 GT3 R, which have set the benchmark worldwide. Our works teams have held their own against the toughest competition in the FIA WEC and the IMSA SportsCar Championship. Porsche’s customer teams around the world have worked closely with us in the Intercontinental GT Challenge and have come out on top against ten other automobile manufacturers. In Formula E, we’ve celebrated a sensational debut with second place at our race premiere. It doesn’t get much better than that,” claims Michael Steiner, R&D Board Member, outlining the most important milestones of the 2019 motorsport year.

In addition to winning the titles in the top series of global GT racing with major victories, for instance at the 24 Hours of Spa-Francorchamps (Belgium), the Bathurst 12 Hour event in Australia and the GTE-Am class victory for the Porsche 911 RSR at the 24 Hours of Le Mans, the customer-run racing vehicles from Stuttgart were amongst the frontrunners in almost all series. Porsche’s success story in motor racing will be continued in 2020.

In line with its product portfolio, Porsche Motorsport will again contest the world’s most important GT racing series with combustion-engine vehicles as well as Formula E with 100% battery-powered racing cars. The new Porsche 911 RSR celebrates its debut in 2020 in North America at the 24 Hours of Daytona. After winning all titles this year, the aim is to further improve on the IMSA SportsCar Championship results with the new GT flagship from Stuttgart. From the first four rounds of the FIA WEC, the new 911 RSR has already notched up two one-two finishes as well as three pole positions and podium results from three races. In June 2020, Porsche will again combine the factory squads from the WEC and IMSA to take on the world’s greatest endurance event at Le Mans with four vehicles.

Further information, film and photo material in the Porsche Newsroom: newsroom.porsche.com. The Twitter channel @PorscheRaces provides live updates from Porsche Motorsport with the latest information and photos from racetracks around the world.