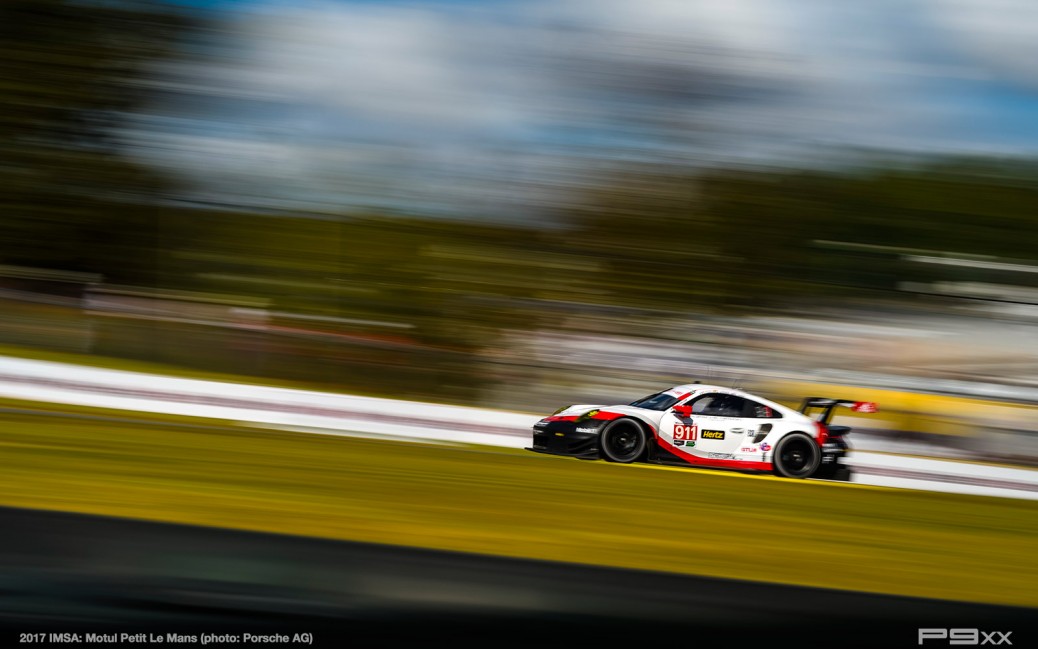 Stuttgart. Petit Le Mans on the tradition-steeped Road Atlanta racetrack promises to be a fierce finale to the IMSA SportsCar Championship season: In the qualifying session for Saturday’s ten-hour race in the US state of Georgia, the fastest eight in the GTLM class were separated by just five-tenths of a second. Never before this season has the fight for pole position been so close. The best Porsche 911 RSR shared by Gianmaria Bruni (Italy), Laurens Vanthoor (Belgium) and Earl Bamber (New Zealand) clocked the eighth quickest time. Patrick Pilet (France) planted the sister 911 RSR fielded by the Porsche GT Team on the ninth grid spot. For the race, he shares the cockpit with Dirk Werner (Germany) and Nick Tandy (Great Britain).

Petit Le Mans also marks the last race in the prestigious North American Endurance Cup, which also includes the long-distance classics of Daytona, Sebring and Watkins Glen. In this competition Porsche leads the drivers’ classification with Patrick Pilet and Dirk Werner. Heading into the decisive race on the 4.087-kilometre Road Atlanta circuit, the Porsche GT Team ranks first in the team classification. At this toughest performance and reliability competition in GT racing worldwide, points are not only awarded for the final result, but also at intervals. At the Petit Le Mans event, for instance, points are allocated after four and eight hours. Porsche won the North American Endurance Cup in 2014. Qualifying quotes
Dr Frank-Steffen Walliser, Vice President Motorsport and GT Cars: “We’re obviously not happy with this qualifying result. But still, our #912 car is only five-tenths of a second off the pole-sitter. This shows just how competitive the GTLM class is. Along with the many fans, we’re looking forward to an exciting and close final race of the season with plenty of fights for positions and changes at the lead. We’re focussing fully on the race and we’re confident that we’ll look significantly better over the distance.”
Patrick Pilet (911 RSR #911): “That was a difficult qualifying. However, during the long runs our 911 RSR ran well and this makes me optimistic for the race. We have to try to work our way up the field as far as possible by the end of the first stint and look after our tyres. Then anything’s possible.”
Gianmaria Bruni (911 RSR #912): “That wasn’t our best qualifying of the season. We tried various things to make the most of it, but unfortunately it didn’t work out as we’d hoped. Still, I’m looking forward to the race with Earl and Laurens. I’m sure that we’ll be strong enough to give our rivals a good fight for the lead spots.”