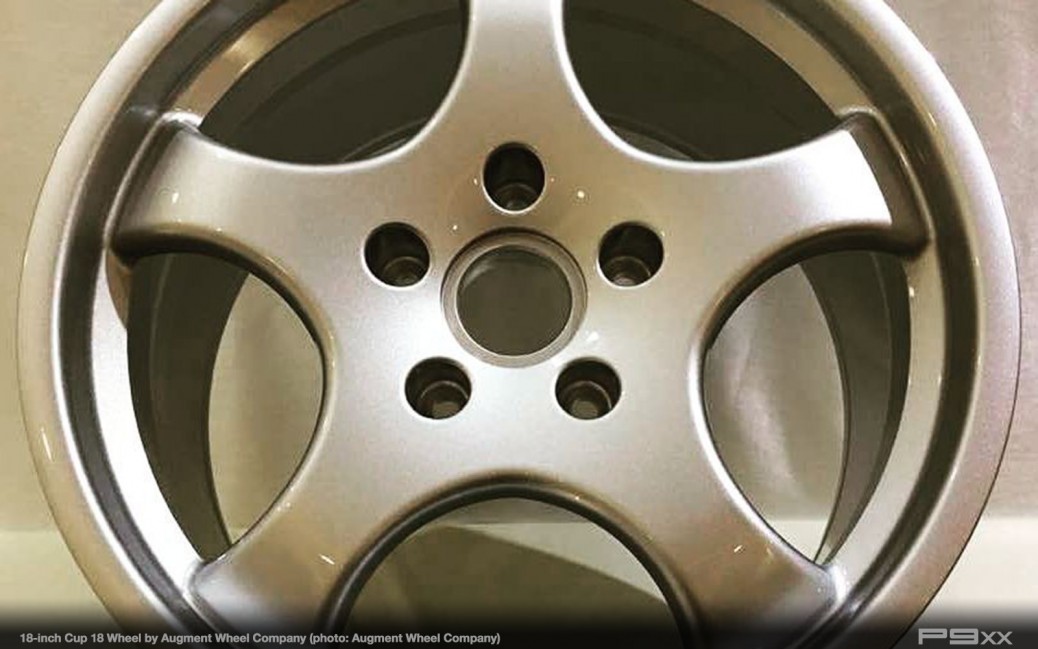 Poll any 964 owner, your author included,  about the significance of wheel industry newcomer Augment Wheel, and we suspect you’ll find them either hyper attuned or completely unaware. If unaware, then that’s a tragedy as this Canadian firm appears to do plus sizes better than Lane Bryant… at least as it applies to 964 era alloy designs.

Augment Wheel popped onto our radar a few months ago when they shared a sneak peek of a 17-inch D90 design they did for Larry Kosilla’s AMMO NYC’s 964 Carrera 4 project. For the uninitiated, the D90 is the ubiquitous wheel of early 964 production, basically 1989-1991. While it’s got its share of fans for its understated simplicity, many with a passion for that 964 era of design much prefer the Cup 1 design that came later on cars like the Carrera RS, RS America and of course the Carrera Cup for which it was designed. In as much, it appears that Augment is now turning to the Cup 1 for its next wheel design.

Beyond new OEM wheels still offered by Porsche Classic, Cup 1 aficionados can likely tell you that there are any number of replicas out there that are spot-on replicas of the originals. Multi-piece variants will get you to larger sizes, as will aftermarket re-interpretations such as Rotiform’s CUP. All those considered, there still appears to be a hole in the market for those who want something one-piece in appearance, more true-to-form to the original design and in an 18-inch design… at least we’re guessing that was the intent of the client who asked Augment to make them this wheel.

So what do they look like on the car? Well, this photo is all we have for now. Augment dropped it on their Facebook page this morning, and we look forward to seeing pics when the new owner fits some rubber on them and installs them on the car. If and when they do, we’ll keep you posted.