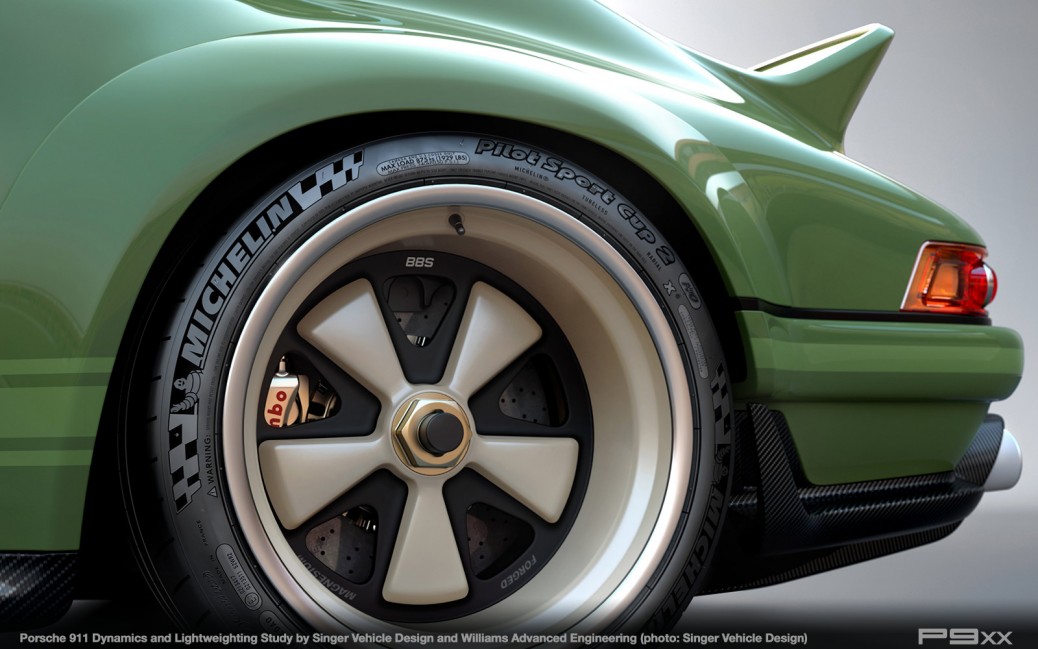 Michelin UK HQ – The Michelin Supercar Paddock returns to Goodwood Festival of Speed this year, with an incredible lineup of supercar exotica revving up for global unveils and dynamic debuts.

Here we look at just some of the outstanding supercars which are set to grace the Supercar Paddock later this month.

Porsche 911 Reimagined by Singer Vehicle Design – Dynamics and Lightweighting Study
The latest offering from Porsche 911 specialists Singer, the ‘Dynamics and Lightweighting Study’ will be unveiled to the world for the first time and handed its dynamic debut at this year’s Goodwood Festival of Speed from the Michelin Supercar Paddock. Developed in conjunction with Williams Advanced Engineering and a host of other specialist suppliers (including Michelin, who designed bespoke tyres), the DLS is the most extreme version of Singer’s highly modified and restored 911s, with the 964’s original 243bhp 3.6-litre flat-six engine tweaked to a 4-litre unit with four-valve heads and a whopping 493bhp. Inspired by the original lightweight 911R, the DLS is intended to be the ultimate air-cooled 911. Apollo IE
The Apollo Intensa Emozione has a primary goal of delivering exactly that without compromise. This track weapon features a whopping 6.3-litre V12 engine that delivers 769bhp; and as the 1,250kg car claims a 1,350kg downforce at 186mph, it could theoretically drive on the ceiling…

Boreas
The outrageously stylish Boreas hypercar was presented as a prototype on the Michelin Main Stand at Goodwood Festival of Speed last year. Its reveal may have gone somewhat under the radar, but there’s no reason for this scintillating Spaniard to lurk in the shadows; and it’ll certainly command plenty of attention at the Michelin Supercar Paddock. Maker DSD Design & Motorsport has fitted the truly beautiful Boreas with a hybrid setup that’ll propel it to a top speed of 263mph and from 0.62mph in just 2.8 seconds.

Brabham BT62
Brabham’s debut hypercar – the all-new, ferocious BT62 – has propelled the Anglo-Australian manufacturer into the spotlight and put claims that it will ‘reward like no other’ very much under the microscope. On paper, it certainly looks like it can deliver. This track-only, rear-wheel-drive two-seater is powered by a mid-mounted, naturally-aspirated 5.4-litre V8 that churns out 700bhp, while carbon-fibre body panels make for a 972kg kerbweight and a power-to-weight ratio of 720bhp per tonne – a whole 60bhp more than its McLaren Senna rival.

Ferrari Portofino
Ferrari’s latest offering is sure to draw a big crowd when it takes centre stage at the Michelin Supercar Paddock, revered as one of the most visually appealing models ever unleashed by the Prancing Horse. Beneath its good looks, the Portofino packs a serious punch – being able to spring from 0-62mph in just 3.5 seconds and from 0-124mph in 10.8 seconds.

Koenigsegg Agera RSN
The Goodwood Festival of Speed is all about exactly that: speed. And there’s simply nothing in the world that can compete with the speed of the Koenigsegg Agera RSN. This last one-off, ultra personalised hypercar from Koenigsegg, is easiy one of the fastest productioncar in the world, thanks to it using the same powerplant as the One:1. Astonishing.

Lotus Evora GT430
The fastest road-legal model Lotus has ever made, the Evora GT430 transfers the race track to road in the most elegant way, the car is sure to turn heads at the Goodwood Festival of Speed as part of the Brit’s 70th anniversary celebrations. Lotus Cars are famed for their exhilarating handling and agility, and the Evora GT430 engagement to a level scarcely seen on the road. Its 3.7-second 0-62mph reinforces the straight-line thrills on offer, too.

W Motors Fenyr Supersport
The successor to the outlandish Lykan Hypersport, W Motors’ new Fenyr Supersport, is equally ferocious and a force on the tarmac – claiming a 0-62mph time of 2.7 seconds and a 245mph top speed. A limited amount of cars will be made with a list price of £1.4million; but if W Motors CEO Ralph R. Debbas’ claims are to be believed, that’s something of a bargain: “the Fenyr SuperSport is the most incredible car ever produced so far”, he said.

TV racing pundit and multiple BTCC champion, Tim Harvey, said: “For me, it’s all about Porsche, its a real guilty pleasure, they’ve been producing intricate drivers cars and track weapons for 70 years. This years Goodwood Festival of Speed will be celebrating Porsche in a big way, and so will we. I cannot wait to interview the stars behind the cars and get the thoughts of the fans on the Michelin Supercar Paddock stage.”

Michelin Supercar Paddock presenter, Vicki Butler-Henderson, said: “I am so excited to see these amazing cars on our stage this week.

“Some of the cars on display are the most intense and extreme examples of automotive brilliance and I can’t wait to hear the noise they all make coming up on our stage and the on the Hillclimb. Awesome.”

Away from the Supercar Paddock, the Michelin Main Stand will also play host to a variety of car unveils, with the silk coming off a number of cars housed within the three-tier public motorhome.

About Michelin
Michelin, the leading tyre company, is dedicated to sustainably improving the mobility of goods and people by manufacturing, distributing and marketing tyres for every type of vehicle. It also offers innovative business support services, digital mobility services and publishes travel guides, hotel and restaurant guides, maps and road atlases. Headquartered in Clermont-Ferrand, France, Michelin is present in 170 countries, has 112,300 employees and operates 68 production plants in 17 countries. The Group also has a Technology Centre, responsible for research and development, with operations in Europe, North America and Asia. (www.michelin.com)