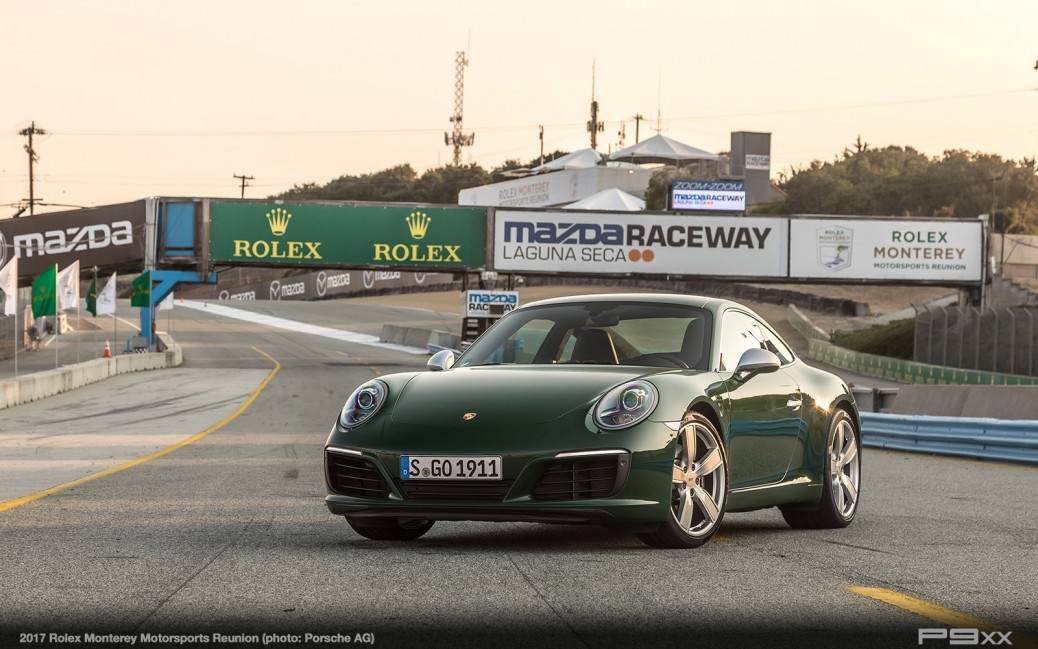 The sports car manufacturer organized a 600 mile road trip to celebrate the 1 millionth 911 and the ongoing success of Porsche’s flagship model. The first part of the journey sent invited journalists on a 250 mile road loop to Thunderhill Raceway Park and back in the hottest new 911 models: The 2018 911 GT3 and 2018 911 Turbo S Exclusive Series. With cars specially sourced from Germany, the journalists not only received the opportunity to test the cars on exciting and dynamic road loops, but also spent several hours lapping under the guidance of America’s most successful endurance racer, Hurley Haywood, and Porsche factory driver Patrick Long. Andreas Preuninger, the Director of the GT model line at Porsche AG, also attended the event personally to showcase his latest creation. The following morning, the group transitioned into the 1 millionth 911 as well as six other 911 models from previous generations. The cars which were provided by the Porsche Museum included a 1970 911 S Targa, the 1985 Carrera Clubsport Prototype, and a 996 GT3 of the first generation which was never sold in North America, which also happens to be Andreas Preuninger’s first project car at Porsche. Winding their way from Napa Valley through winding roads, the group crossed San Francisco’s Golden Gate Bridge, a highlight among the 1 millionth 911’s world tour. Preuninger traveled with the group, as did Achim Stejskal, the Director of the Porsche Museum, offering valuable insights to the journalists. 250 miles later, the group arrived in Monterey.