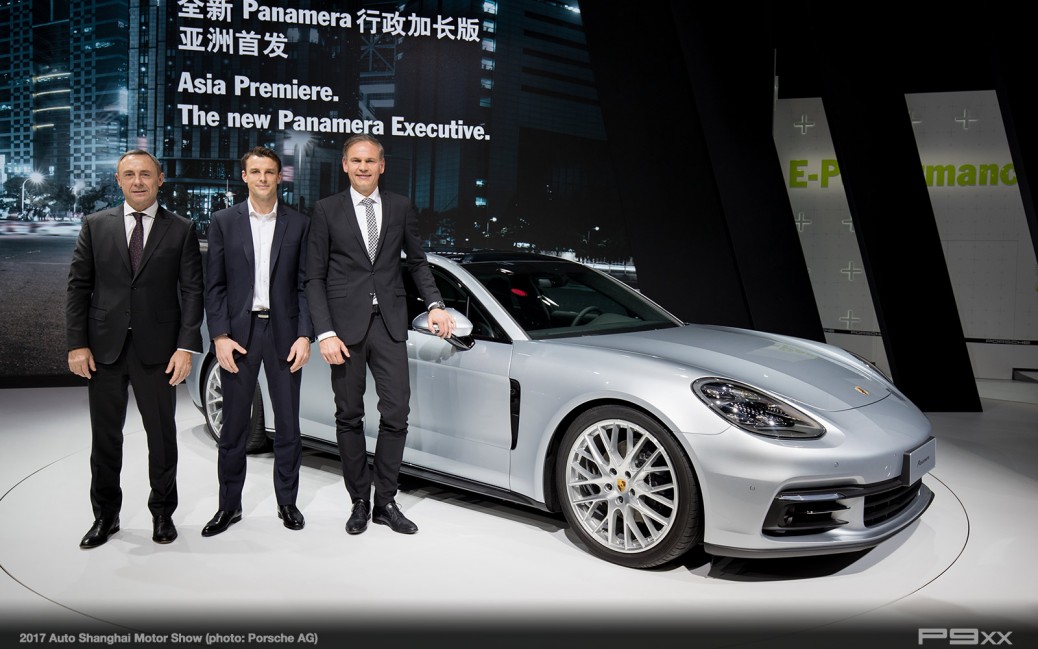 Shanghai. Porsche will unveil five new releases for the Asian market at the Auto Shanghai 2017 motor show starting this Wednesday. The main focus is on the Asian launch of the Panamera Sport Turismo. The new variant of the four-door sports car – which delivers up to 404 kW (550 hp) – brings greater versatility to the luxury segment with its unmistakable design and excellent day-to-day usability. The second innovation is the Porsche Panamera Turbo S E-Hybrid. Providing 500 kW (680 hp) of system power, the world’s most powerful hybrid saloon will arrive on the market in China exclusively in the extra-luxurious Executive variant with long wheelbase. The third new vehicle – solely for the Chinese market – is the Panamera Executive (243 kW/330 hp) with rear-wheel drive as a new standard model with long wheelbase. “This model underlines how important the Chinese market is to us”, emphasises Oliver Blume, Chairman of the Executive Board of Porsche AG, in Shanghai. The new 911 GTS models and the 911 GT3 Cup racing car are also being shown in Asia for the first time.

“In 2016, China was once again our largest individual market, with more than 65,000 vehicles sold. New models like the Panamera Sport Turismo give us confidence that this success will continue”, says Blume. Porsche growing in China
In 2016, China was the strongest individual market at Porsche for the second year in succession, enjoying an increase in sales of twelve per cent. The sports car manufacturer delivered 65,246 vehicles in the country. The two-door sports cars are becoming more and more popular, with the 911 increasing by eleven per cent compared to the previous year. A particularly large number of young customers in China chose the 718 Boxster and 718 Cayman models introduced in the last year. The Macan accounted for more than half of all deliveries at 34,015 units, representing an increase of over 22 per cent. Deliveries of the Cayenne rose by 5.5 per cent.