What If Porsche Built the Cayenne in the 1970s? 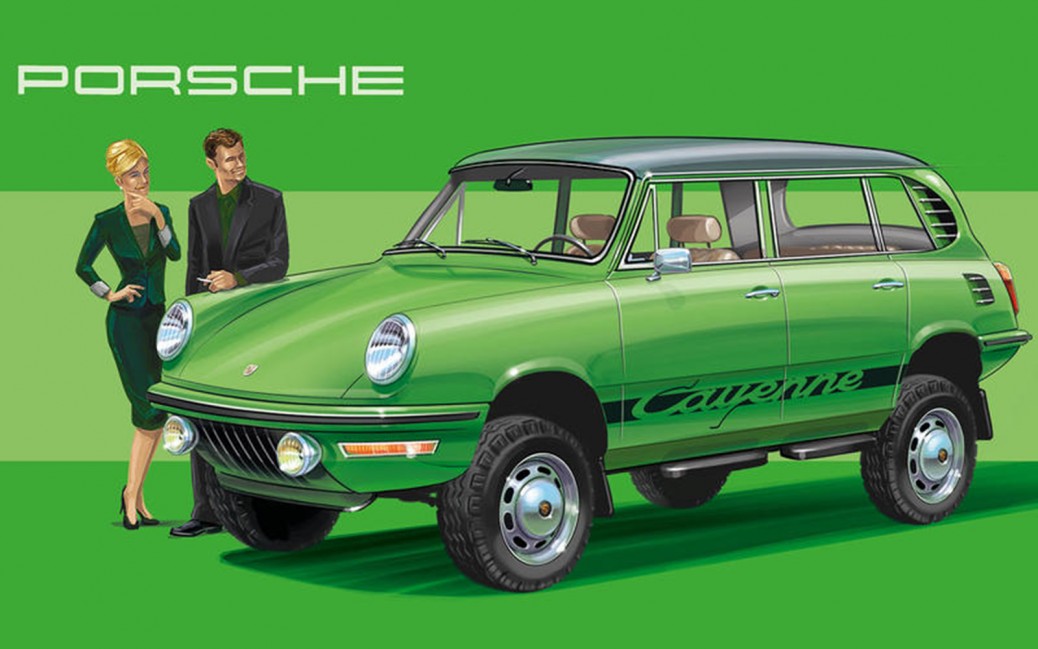 In the slow news cycle that is the summer season between international Auto Shows, British car buff magazine AutoCar is getting creative by having dutch designer Ruben Ooms imagine modern era models had they been introduced in eras well ahead of their time. Very interestingly, the Porsche Cayenne is part of the considerations… but of an era that was decidedly air-cooled.

Yes, we know Porsche built the 597 back in the day. Looking over the photos, it’s easy to see that this isn’t that. 4×4 vehicles in the period we’re talking about, the late 1960s and early 1970s, were decidedly more military. Land Rover Defenders, Jeeps, and the aforementioned 597 lacked luxury and even seats in an effort to keep the wheelbase short and the function more utilitarian. While the Porsche Cayenne was an impressive off-roader from the beginning, it’s always been more of a luxury offering in that space. In the era we’re talking about here, the first generation Range Rover had barely even launched.

All that being said, this is surely an interesting exercise. While the first Cayenne had an obvious nod to 911 styling in its own form, this retro Cayenne from Ruben Ooms does that and then some. The shape is very consistent with offerings of that era, and it appears to suppose that a Cayenne of that era would have also been air-cooled. Not surprisingly then, elements like the contrasting roof and C-pillar air intakes appear to be heavily inspired by the Volkswagen T1 and T2 microbus. At the same time, Porsche script stripes go along the lower door, here saying Cayenne just as the 911 Carrera RS 2.7 said Carrera on the side.

As you might expect, we love the design. We can’t help but wonder had the Cayenne existed back then, that maybe purists today would accept it more readily. If you’re interested in seeing more of Ooms work for this project, you can see it over at AutoCar.co.uk.