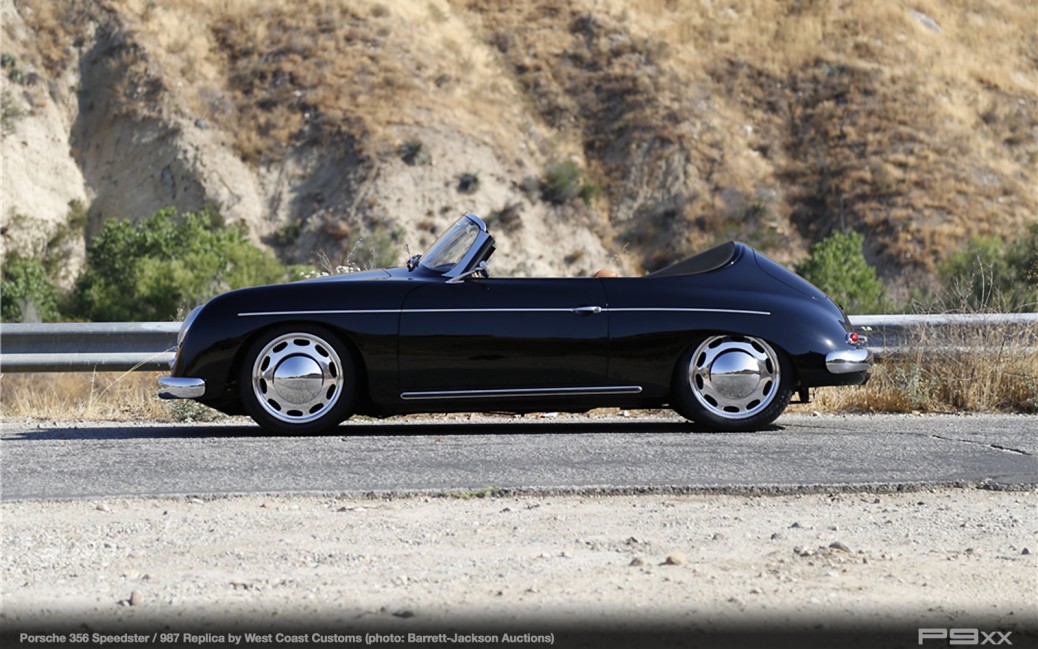 It appears that the West Coast Customs 356 Speedster build utilizing 987 underpinnings has sold at auction last week. Our cause for learning the car would go on the block also served to teach us a few more details about the car, not the least of which was its inclusion in Barrett Jackson’s Las Vegas auction held at the Mandalay Bay Casino.

Let’s dispense first with the key detail most of you all are probably curious about. The car sold for a price of $315,700. Pre-auction estimates put the number between $275,000 and $350,000, and those estimates appear to have been spot on.

Interestingly, the car was also up for sale last summer during Monterey Car Week. At the time, it had been listed as part of the Mecum auction, but we failed to learn that ahead of time and Mecum ended up being the one auction we never made it to during our own week attempting to cover Porsche news on the peninsula. The Porsche failed to sell at that time.

An analysis from our friend Bradley Brownell over on AutoWeek.com covers much of that auction history ground, and also dives into other details about the car. Having been working at Stoddard NLA during the period the car was being built, Brownell still believes the client the car was initially built for was Justin Bieber.

That’s inconsistent with the story in the Jay Leno feature on the car we highlighted most recently. At this time, we don’t believe Bieber commissioned the car. A source of this website suggested to us that it wasn’t Bieber, but instead his talent manager and record label owner Scooter Braun. While we haven’t confirmed that with Braun himself, we have found multiple photos of the car in his Instagram feed.

Digging around in the Mecum auction listing, the AutoWeek story did confirm that, “a 9-inch section removal from the chassis to accommodate the shorter-wheelbase 356 Coupe body”. This latter point seems consistent with some of the stills published in the Leno video, even if the shortening of the chassis is never really spoken of during the piece.

If you’re more curious about the car, you can do more detective work on your own by visiting these key links below. These include the aforementioned article from AutoWeek, the car’s listing in the Mecum Monterey Auction and also in the Barrett-Jackson Las Vegas Auction.