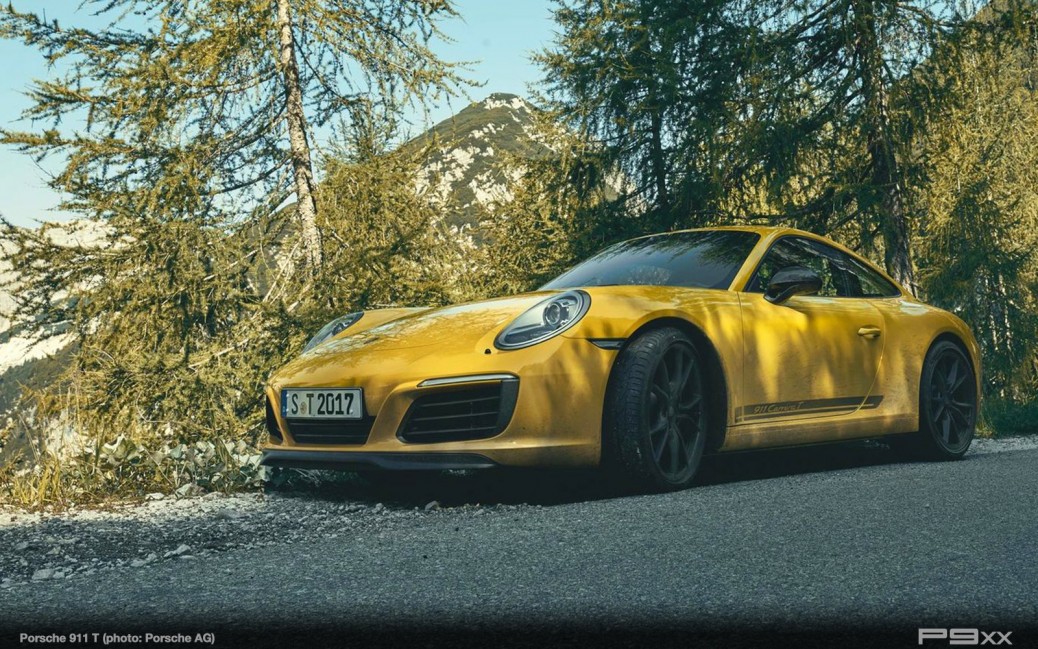 Surprise news of the return of the much-loved 911 T (for Touring) from the early 1970s, albeit now as 911 Carrera T, caught most of the auto enthusiast world by surprise when it first began breaking this past weekend. Here we are, the first business day since news broke, and Porsche has already gone one step further by activating the 911 Carrera T section of its consumer website.

What we already know from the 911 Carrera T press release is that the reintroduction of the T nomenclature means yet another model for driving purists. Though it won’t help the plight of speculators sitting on their bubble-protected 911 R or even pre-ordered 911 GT3 with Touring Package, the idea of a 911 Carrera T likely has driving enthusiasts amongst the Porsche faithful salivating at the lips.

Basically, this is still a 911 Carrera with its 370 hp flat six. Beyond that it gets options the normal Carrera doesn’t get, things like PASM sports chassis as standard, 20 mm lower ride height, weight-optimised Sport Chrono Package, a shortened shift lever with red shift pattern and Sport-Tex seat centers. Rear-axle steering is also an option, and also not available on the standard Carrera.

Even more details on packaging, not to mention plenty of new photos and more can be found on the consumer facing 911 Carrera T section of Porsche.com. We’ve taken the liberty of adding some of these photos to the site here, but we’d highly encourage you to visit the site to download wallpaper versions, not to mention learn key details such as price (from $102,000 for our home USA market).