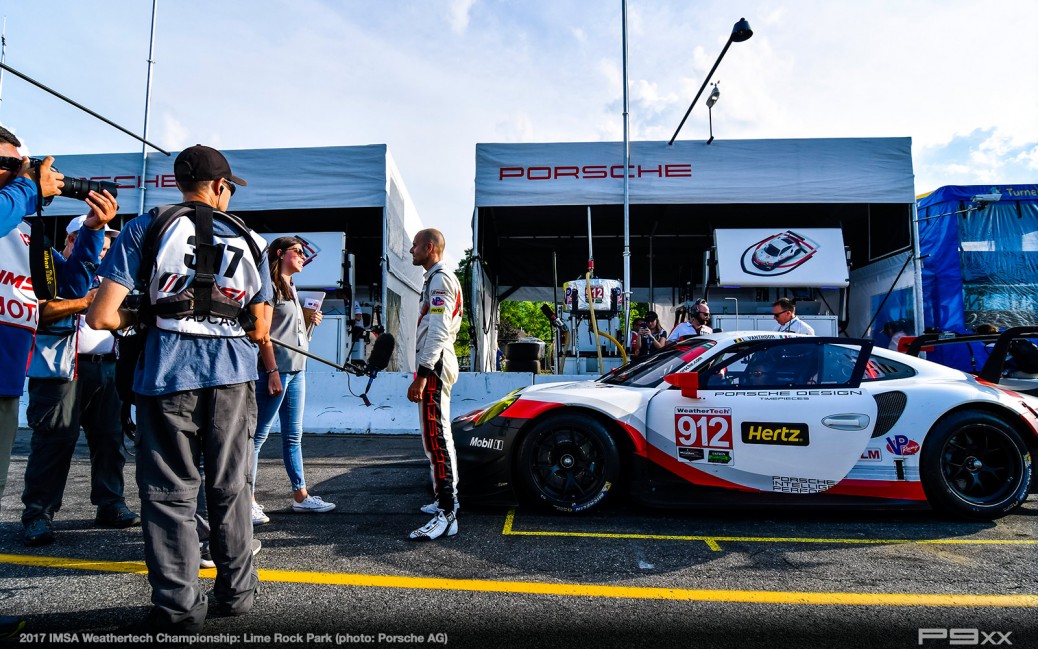 Stuttgart. First Bowmanville, then Nurburgring, and now Lime Rock: on Saturday the new Porsche 911 RSR will start from pole position for the third time in three weeks. In qualifying for round seven of the IMSA SportsCar Championship on the 2.141 kilometre circuit of Lime Rock Park Gianmaria Bruni (Italy) secured the best spot on the grid. The race in the US state of Connecticut is only his third with Porsche. He shares the 911 RSR with starting number 912 with Laurens Vanthoor (Belgium). For Porsche this is the second pole position in the IMSA SportsCar Championship after Bowmanville two weeks ago, and the third of the season. Last weekend at the Nurburgring round of the Sportscar World Endurance Championship WEC the 510 hp race car, which was developed from scratch by Porsche Motorsport in Weissach based on the high performance sportscar 911 GT3 RS, took up the race from the best spot on the grid.

Dirk Werner (Germany) completed the strong showing of Porsche at Lime Rock. In temperatures of over 30 degrees he turned the third fastest lap. His teammate in the 911 RSR with starting number 911 is Patrick Pilet (France). As the prototype classes don’t compete at Lime Rock the 911 RSR stands at the very front of the grid for the first time. Comments after qualifying
Steffen Höllwarth, Programme Manager IMSA SportsCar Championship: “The second straight pole in this championship represents a great result. Again it was really tight here at Lime Rock, but we were able to beat the competition. First and third places is superb for the team. Our crew’s achievement in the heat and with this packed schedule is extraordinary and deserves utmost respect. The mechanics gave everything, and our RSRs performed perfectly. Now we’ll do everything to reward ourselves for this in tomorrow’s race.”

Gianmaria Bruni (911 RSR #912): “I’m very happy with my first pole position for Porsche. It is a dream come true. After all, Lime Rock is only my third race with the 911 RSR. A few weeks ago I sat at home on my sofa watching the guys race at Austin and Le Mans. Now I’m a member of this fantastic team. Lime Rock is a difficult circuit, which makes me even happier with the progress we made from practice to qualifying. Now I hope that we can succeed against our strong competitors in the race and celebrate our first win of the season.”

Dirk Werner (911 RSR #911): “Third place is a decent spot to take up the race from. I’m satisfied, especially because we were able to improve considerably compared to the practice. On this very short circuit with very few spots for overtaking a good grid spot is essential. Gianmaria’s pole is great for the team and shows that we are really picking up momentum.”