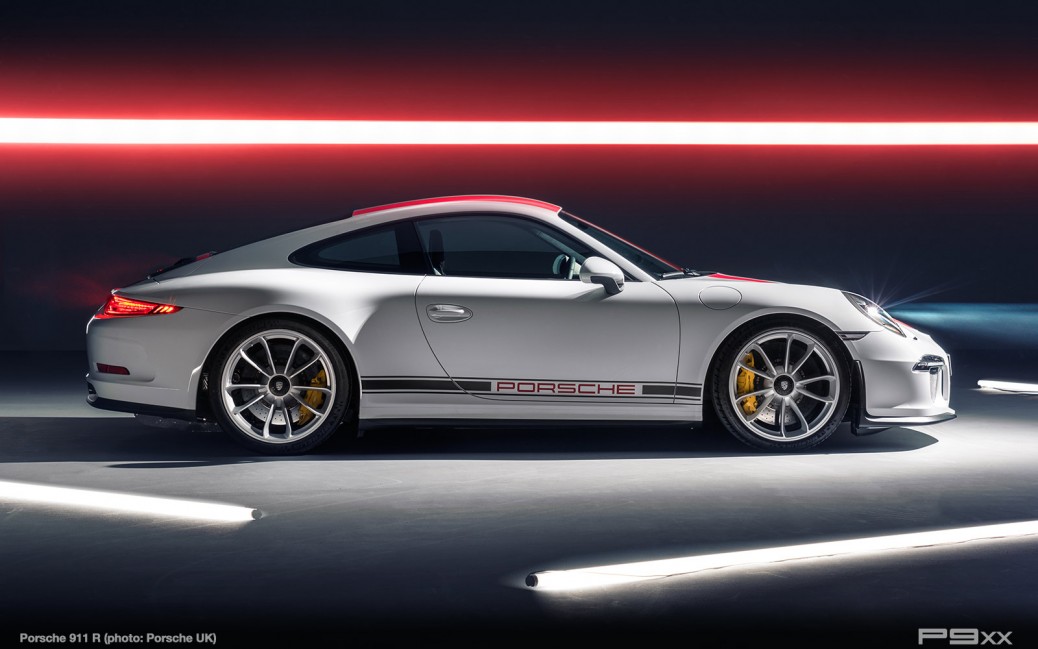 Silverstone is also home to the world-leading Porsche Experience Centre, which is located close by the world-famous Grand Prix circuit, so it was fitting that two of the company’s track-bred sports cars – whether in this case rear-engined, two door or front-engined, four door – were honoured in such a storied venue.

With 11 finalists in the reckoning for the coveted title of Britain’s Best Driver’s Car, the contest was arguably one of the toughest yet. But when the experts’ votes were cast, a clear winner emerged. According to Autocar; “Nobody saw fit to deny the 911 more than three points off a perfect 25 for either its road or track performance, and it was the only car to score full marks from a judge.”

Distinguished by a charismatic, rear-mounted, flat-six engine developing 500 hp, and driving the rear wheels via a six-speed manual transmission, the 911 R builds on the driver-focused ethos of the iconic coupe and raises this to altogether new heights. The driver is right in the heart of the experience, and able to celebrate the essential joys of a favourite road in an intuitive, high performance sports car.

The magazine concluded: “With an astonishing array of talents, the 911 R’s driver appeal is at once multi-faceted and totally convincing.….the 911 R also builds on the qualities that have made 911s so popular for so long. Compact and confidence-inspiring on a narrow lane, it also has the track purpose and poise to mix it with the supercar set and the combustive sound and fury to live with almost any pace. The Porsche 911 R is this year’s bit of perfection for keen drivers everywhere.”

Five Star Car Award for new Panamera
Since its launch in 2009, the Porsche Panamera has reconciled two contrasting characteristics: the performance of a sports car and the comfort of a luxury saloon. After sales of more than 150,000 worldwide, the second generation of the Panamera seeks to further extend those boundaries between the world of sports cars and that of luxury saloons. The new four door Gran Turismo combines an expressive appearance offering comfort for four people while remaining unmistakably a Porsche; it is powered by a range of powerful and efficient engines; and the innovative chassis tuning combines luxurious cruising comfort with sharp dynamic responses.

The Autocar road test is a renowned assessment of every aspect of a car’s dynamic qualities and design integrity. When the magazine put the new all-wheel drive, V8-powered Panamera 4S Diesel through its paces, the writers almost ran out of adjectives as it reached its Five Star Car verdict. They commented that the Panamera is “a car that’s astonishingly complete for a modern GT. Fast, tactile, smooth, easy to drive, poised, engaging, comfortable, spacious and long-legged, its versatility is incredible.”

“Porsche has added such strength to this car, from cabin to chassis to engine and elsewhere that it now stands apart from any sub-£100,000 GT on the market. For that, and in recognition of Porsche’s enduring ability to make a better driver’s car wherever it turns its gaze, only five stars will do.”