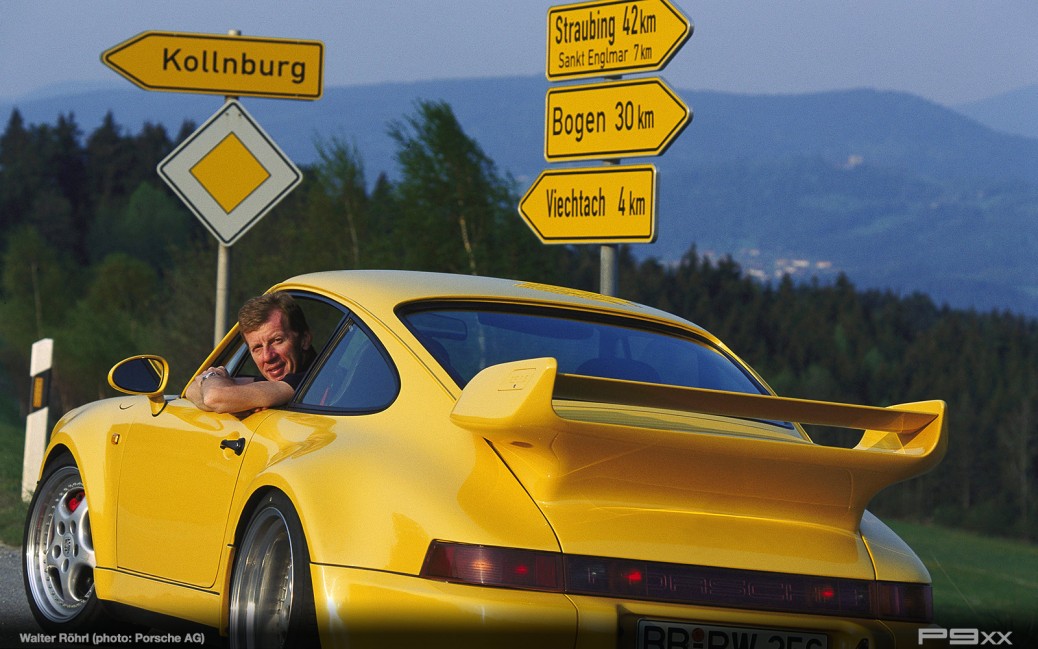 Stuttgart. “Genius on wheels” is the name of an exhibition at the Porsche Museum in Zuffenhausen that honours rally racing legend Walter Röhrl on his 70th birthday. From March 14 to May 14, 2017, the Museum is displaying numerous vehicles driven by the World Rally Championship winner as he established and cemented his reputation as the best and most versatile racer of his time in the world. The exhibition fo-cuses on his many years of collaboration with Porsche. Röhrl has been a brand ambassador and test driver for the Stuttgart sportscar manufacturer since 1993. A bend on the Porsche test track at the Development Centre in Weissach will soon bear his name. To kick off the special exhibition, Röhrl and his long-standing co-driver Christian Geistdörfer will appear at an autograph session from 11 am on March 14. Born on March 7, 1947 in Regensburg, Röhrl has had a strong bond with his favour-ite brand Porsche for his entire life. The first car he owned was a Porsche 356 B Coupé with 75 hp. He bought the car without an engine, saving every penny he could. Even as a factory driver with Ford, Opel, Fiat, Lancia and Audi, Röhrl cultivat-ed his relationship with Porsche, including through rally drives in his own 911. Por-sche secured the services of Röhrl – already a two-time World Endurance Champi-onship winner – as a factory driver in 1981. Röhrl initially started in the German Ral-ly Championship and drove a 911 at Rallye San Remo in the World Rally Championship. Walter Röhrl is one of only a few drivers in motorsport history to have won world championship races in both rally driving and motor racing. He also triumphed in every class and series – be it TransAm, IMSA, hillclimbing (Pikes Peak) or the German Touring Car Championship.

With his driving skill and his ability to explain handling in a simple and precise way, Walter Röhrl continues to influence the tuning and technology of Porsche roadgoing sportscars to this day. Nobody embodies the Porsche philosophy of intelligent performance like Röhrl. The developments of the Porsche 959, Porsche Carrera GT and Porsche 918 Spyder super sportscars also bear his mark. Alongside a 365 B 1600 Coupé, the special exhibition in the Porsche Museum also features the Carrera GTS Rallye “Monnet”, the 911 SC Coupé San Remo and the 924 GTP Le Mans from 1981, plus a 911 Carrera 2 Cup racing car and the legendary Carrera GT. Röhrl’s rally career is also showcased by an item on loan from the Audi Museum: Röhrl has said that the Audi S1 Group B was “the most brutal machine of my rally career”.