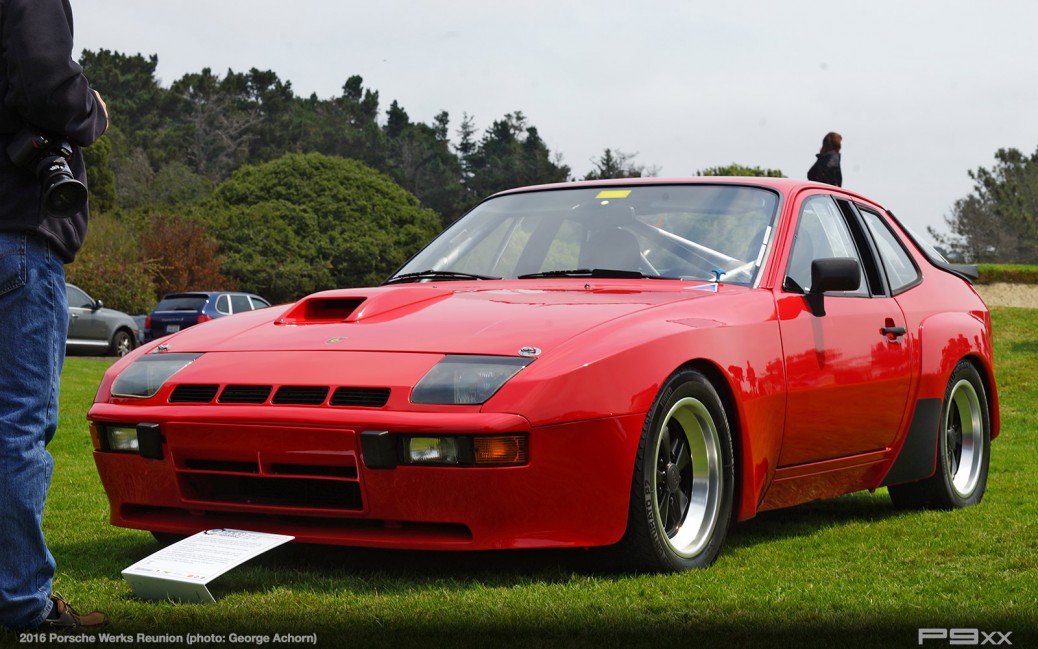 For Porsche enthusiasts this year at Monterey, the focus centered around two specific events – Porsche Werks Reunion put on by the Porsche Club of America, and also The Quail. Not surprisingly given the breadth of events all week, these two events are considerably different from each other, and yet completely conflicted on Friday afternoon of the week’s schedule. Fortunately, they’re just down the road from each other and that makes attending both a nuisance but not an impossibility. Seasoned Monterey veterans such as Michelin’s Johnny Valencia or former Road & Track Editor-in-Chief Larry Webster were both incredibly useful in tapping for scheduling advice. In short, we learned ahead of time that the Waze app is your friend when navigating snarled show traffic, and perhaps consider renting a scooter for motoring up the shoulder of peninsula roads packed with vintage cars. We started the day at the Porsche Werks Reunion. Held at the Rancho Cañada Golf Club and run by the Porsche Club of America, this event has a decidedly more enthusiast feel to it. Sponsors such as Michelin, HRE Wheels, and countless purveyors of Porsche parts and swag support and attend, but the focus is really about the hundreds of enthusiast-driven cars that sprawl over several fairways. This means up to 1,000 Porsches spread over the concours and corral areas. Given 2016 was the 40th anniversary of the Porsche 924, the PCA placed a special focus on it and the other front-engined “transaxle cars”. This included the 944, 968 and 928, and all considered featured models in the event. The 924 Carrera GT was even the literal poster focus for the 2016 Monterey Porsche Werks Reunion. The amazing thing about this event is the sheer expanse. You can spend hours walking the many fairways of grounds, enjoying some of the most pristine or patina-worn original cars, to some of the most enjoyable modified versions. Turn a corner or walk past a row and you’ll find yourself eagerly taking in the next car, and the next. What could have been an all-day affair was intentionally cut short on our part and in an effort to see it all. Porsche Cars North America was on display just down the road at The Quail, an event named for the golf club where it is held. Our coverage of that event can be found in another event report HERE.